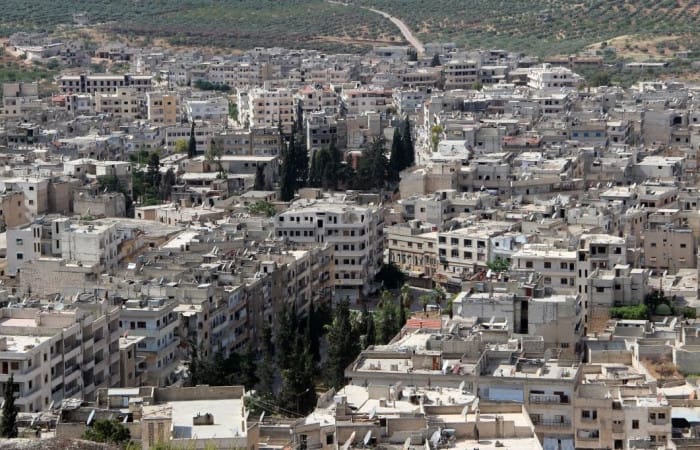 The rescue workers say that Idlib province was hit by a suspected chlorine gas attack overnight, which killed at least 20 people, Independent repored.

Local Syrian media report up to 20 people dead after gas attack in the town of Saraqeb, Idlib province, but this has yet to be confirmed by authorities. The suspected attack occurred one day after an al-Qaeda offshoot claimed responsibility for the downing of a Russian fighter jet.

Syrian rebels shot down the Russian warplane on Saturday and killed its pilot on the ground after he ejected from the plane, Russia’s defence ministry and Syrian rebels said. The SU-25 came down in an area of northern Idlib province that has seen heavy air strikes and fighting on the ground between Syria’s government forces backed by Russia and Iran, and rebel groups opposed to President Bashar al-Assad.

The U.S. State Department said it had seen reports about the incident and allegations that the United States provided missiles to groups in Syria.

“The United States has never provided MANPAD missiles to any group in Syria, and we are deeply concerned that such weapons are being used,”

said State Department spokeswoman Heather Nauert. The White House has no evidence that the chemical agent sarin has ever been used by the Syrian government, Pentagon chief James Mattis has admitted. It did not stop Washington from still being concerned about Assad, though.

In January, the UN Ambassador Nikki Haley accused Moscow of being “ultimately” complicit in all alleged chemical attacks in Syria. The US Secretary of State Rex Tillerson supported her, saying:

“Whoever conducted the attacks, Russia ultimately bears responsibility for the victims in eastern Ghouta and countless other Syrians targeted with chemical weapons since Russia became involved in Syria,”