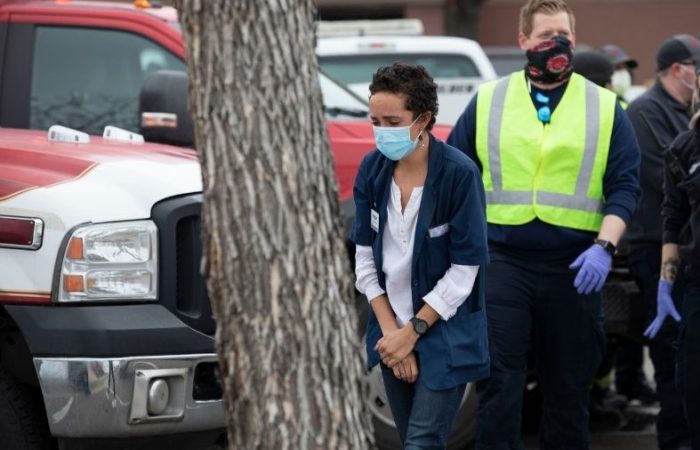 A gunman opened fire in Boulder, Colorado, on Monday afternoon. A fire inside a grocery store took the lives of 10 people, including a police officer. Monday shooting comes only six days after another deadly mass shooting in the Atlanta area, which left eight people dead.

When customers have heard a series of gunshots, they were running toward an exit near his department. “The shots are getting closer,” one of the witnesses recalled in an interview.

Boulder’s Authorities identified the police officer who died in the shooting as Eric Talley, who had served with the Boulder department since 2010 and was the first to arrive at the scene.

Until those killings Tuesday, it had been a year since there had been a large-scale shooting in a public place.

Gov. Jared Polis and other officials issued statements of sympathy and sadness. “My prayers are with our fellow Coloradans in this time of sadness and grief as we learn more about the extent of the tragedy,” an official said.