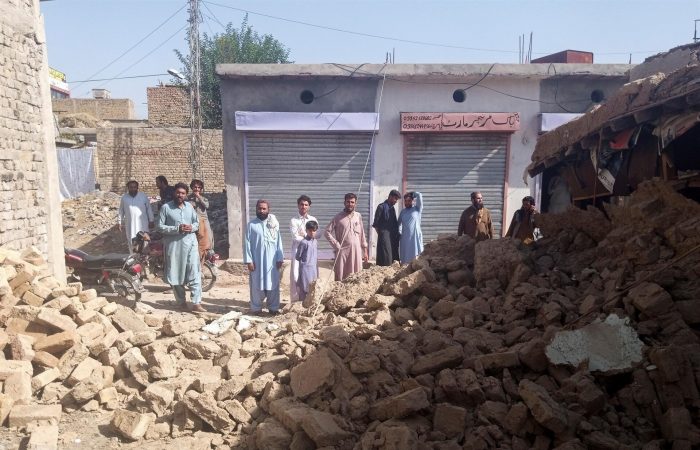 At least 20 people were killed by the 5.9 magnitude earthquake in southwestern Pakistan in the early hours of Oct. 7. Most of the injured came with fractured limbs, while dozens of people were sent back after first aid, Balochistan’s home minister Mir Zia ullah Langau, said.

The local rescuers trying to reach at least 15 coal miners reportedly trapped underground where they work in the night hours, Agence France reports. Many of the victims were killed when the roofs and walls of their mud-brick houses collapsed. The powerful earthquake with its  5.9 magnitude struck Balochistan province in darkness at around three in the morning.

Balochistan’s authorities are also contending with phone and electricity outages after pylons were damaged.

“We are receiving information that 20 people have been killed due to the earthquake,” said Balochistan’s home minister.

So far, it is safe to say that hundreds of mud houses were damaged, the rescue services have warned. Army helicopters were helping to evacuate the injured from remote areas to Quetta, the nearest major city.

While the death toll could rise, rescue teams have cleared 50 percent of the roads leading to the Harnai while the remaining roads will be cleared in the next two to three hours, minister Langau promised.

Before daybreak, “we were operating without electricity with the help of torches and mobile flashlights,” Zahoor Tarin, a senior official at Harnai hospital.

The U.S. Geological Survey later revised upwards the magnitude of the shallow quake to 5.9.