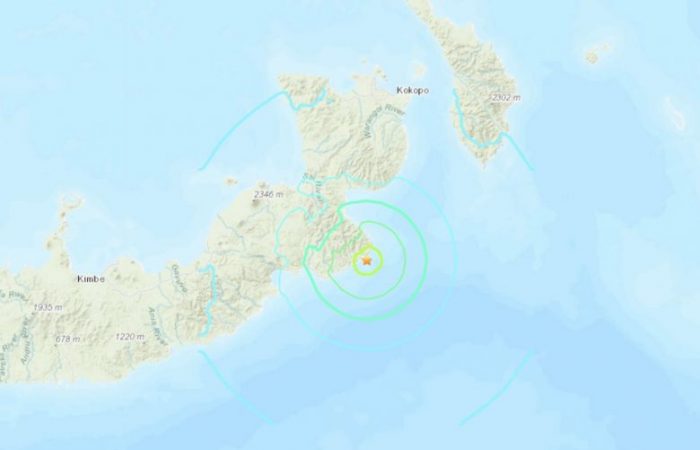 An earthquake of magnitude 6.2 has struck 122 km south of Kokopo in Papua New Guinea, Reuters reported. Despite the quite strong shaking, there is no danger of a tsunami, seismologists said.

The U.S. Geological Survey (USGS) confirmed on Sunday that the quake was at a depth of about 31.3 km but there were no immediate reports of damage. According to the experts, no tsunami warning was issued.

As the local people say, the morning shaking was not so big, there is no victims neither any signs of damage.

On early Sunday, the quake hit just after 4 pm local time at a depth of 31km, some 122km south of Kokopo, the capital of East New Britain province in Papua New Guinea. To summarize the seismological situation, the USGS said PNG sits on the so-called Pacific Ring of Fire, which is a hotspot for seismic activity due to friction between tectonic plates.

Geoscience Australia senior seismologist Trevor Allen said coastal communities near the epicentre would have felt «quite strong ground shaking» as the tremblor was close to the shore.

For seismologists, such powerful shaking isn’t a surprise because the region was relatively sparsely populated and flexible building design locally helped limit exposure to damage from quakes.

«The East New Britain region is one of the most seismically active regions in the world and would generally tend to get an earthquake of this size once or twice a year,» Allen explained the seismological data.