65 people were arrested at a rally in Chisinau. 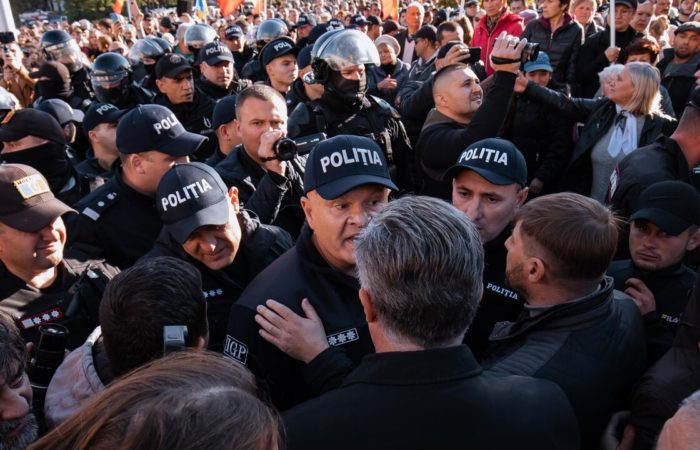 At an opposition rally in Chisinau, 65 people were detained, the chief police inspectorate of the Ministry of Internal Affairs of Moldova said.

⠀
They specified that they recorded several provocations against law enforcement officers. In particular, we are talking about attempts to break through the police cordon.

“65 people, four minors, were detained for identification purposes. Persons who incited riots and posed a threat to public security were identified,” the inspectorate said in a statement.

The police also reported that 1.7 thousand people took part in the protest. Previously, the organizers of the demonstration called the figure 50 thousand.

⠀
Another mass protest action of supporters of the “Shor” party took place in Chisinau today. People gathered on Stephen the Great Boulevard between the parliament buildings and the presidential administration and tried to head towards the central square, but the police blocked their way. As a result, the rally was held right in front of the police cordon. It ended with the adoption of a resolution in which the demonstrators demanded the resignation of President Maia Sandu and Prime Minister Natalia Gavrilitsa, accusing them of provoking an economic crisis in the country.

⠀
An indefinite protest action of supporters of the Shor party has been taking place in Chisinau since September 18. The protesters are outraged by the unprecedented increase in prices for gas, other energy resources and food, as well as high inflation and falling living standards. The protesters accuse the authorities of failing to cope with the crisis, point to a record inflation over the past 20 years, which in September amounted to 33.97% on an annualized basis. The country’s leadership is criticized for its unwillingness to negotiate better gas prices with Russia, as well as for political pressure on opposition representatives.