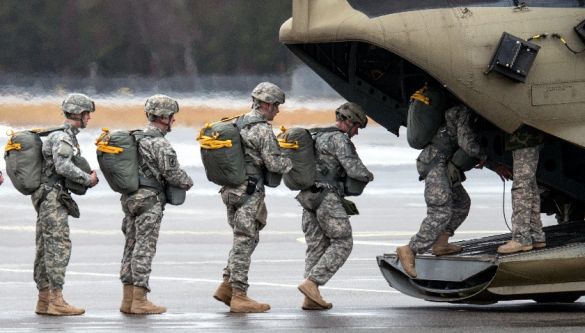 Bridget Brink showed a group photo with paratroopers. It is accompanied by the words that the United States is determined to provide Ukraine with the effective assistance that the country needs on the battlefield. The place where the picture was taken is not reported, but in the photo you can see a leaflet on the door with an inscription in Polish “wejść” – “enter”.