A Hong Kong freighter sank off the Japanese island of Danjo. 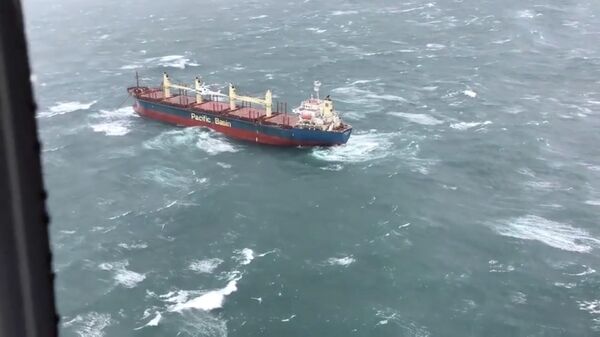 A Hong Kong cargo ship with 22 people on board has sunk in the East China Sea near Danjo Island in Nagasaki Prefecture, the Japanese Coast Guard reported.

⠀
In turn, the South Korean agency Yonhap will claim that only two were evacuated, another 20 of those on the ship are listed as missing.
According to the Japanese TV channel, the distress signal was received at about 23:00 Tuesday. On board there was a team of 14 Chinese citizens and eight Myanmar residents. The crew reported that his hull was listing and began to sink.

According to the South Korean Coast Guard, the search and rescue operation is carried out together with colleagues from Japan.

⠀
Three ships are in the disaster area on Wednesday morning. As noted, according to eyewitnesses on one of them, the crew in distress managed to get into lifeboats shortly before the flooding. However, it is still not known for sure whether everyone was able to escape. The location of the boats has not yet been established.