A march for a ceasefire in Ukraine takes place in Rome. 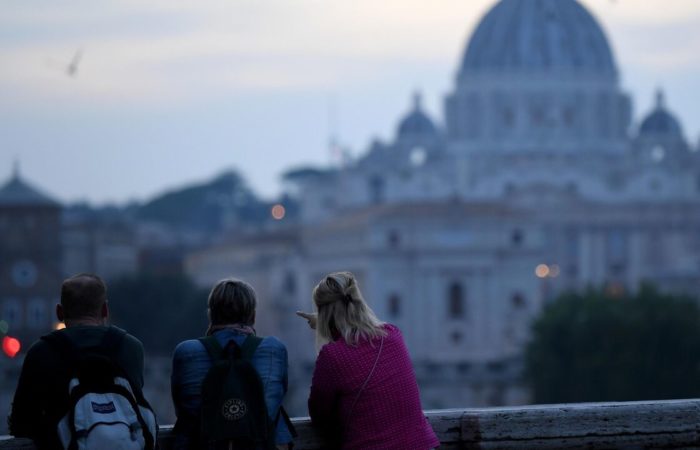 Tens of thousands of people are taking part in the “Europe for Peace” march, demanding an end to hostilities in Ukraine and holding peace talks.

The column of demonstrators advanced from the Republic Square in the center of the capital to the San Giovanni in Laterano Square with the basilica of the same name, where the rally will take place.

About 30,000 people are taking part in the procession, according to the Roman police department.

About 600 public organizations and associations from all over Italy joined the peace initiative: Catholic, pacifist, scout, environmental, anti-fascist and trade unions. The organizers emphasize that the demonstration is not political in nature and will be devoid of party symbols, however, during its preparation, the event was supported by the country’s largest opposition forces – the Democratic Party and the 5 Star Movement.

⠀
Some of the demonstrators oppose new deliveries of weapons to Ukraine. These activists came to the square with posters and banners “Dialogue, not weapons” and “Yes to negotiations, no to deliveries.

The position against sending new weapons on the sidelines of the event was voiced by the leader of the “Movement” and former Prime Minister Giuseppe Conte.

“Citizens here today are telling the government that the current strategy is not working, it is the silent majority of the country,” he said upon arriving at the square. He appealed to the new Council of Ministers and Defense Minister Guido Crozetto “not to dare to make decisions on a new arms package without discussion in parliament.”

⠀
The marchers call for the elimination of the nuclear threat and, expressing solidarity with the Ukrainian people, demand a ceasefire in Ukraine and move on to peaceful negotiations. They chant the slogans “We want an early peace” and “No more wars”.