A mass anti-government rally is taking place in the north of Moldova. 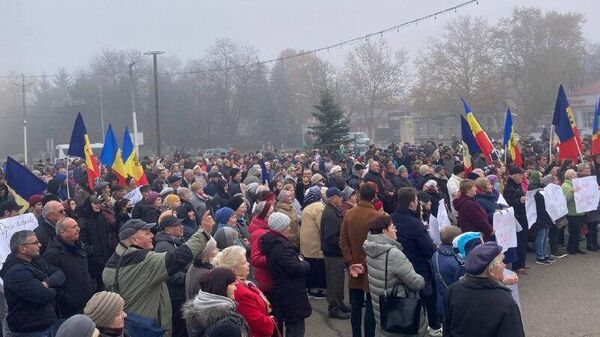 About 1.5 thousand demonstrators in the north of Moldova went on a demonstration on Saturday, expressing dissatisfaction with the country’s leadership, the press service of the opposition Party of Socialists (PSRM) reports.

The Moldovan authorities have recently tightened control over opposition parties in connection with the protests that began in the spring of this year. The protesters are outraged by the unprecedented increase in prices for gas, other energy resources and food, as well as high inflation and falling living standards.

The protesters accuse the authorities of failing to cope with the crisis, point to a record inflation over the past 20 years, which in September amounted to 33.97% on an annualized basis. The country’s leadership is criticized for its unwillingness to negotiate better gas prices with Russia, as well as for political pressure on opposition representatives.

The march ended with a rally at which supporters of the party and deputies of the parliamentary faction of the Socialists spoke. They accused the country’s authorities of persecuting the opposition.

⠀
The vice-speaker of the parliament, the executive secretary of the PSRM, Vlad Batrincha, welcomed the desire of the inhabitants of Soroca to participate in the protest movement.

“People are determined to continue the protests, even if they are intimidated, threatened and harassed by the current government. Today, the government threatens the mayors, councilors, PSRM activists, the parliamentary opposition. They want to instill fear in people because they are afraid of protests. But the actions of intimidation will have the opposite effect and then everyone from the ruling party, their ministers, deputies, etc. will be afraid. And the prosecutors who are following the opposition today will come tomorrow for the president and her party. Justice will prevail!” Batryncha said.

“Today, a protest was held in the town of Soroca. More than 1,500 people came out to demonstrate, expressing their dissatisfaction with the deplorable state of affairs in the country, high prices for food, services, gas and electricity. People do not know how to pay for heat in their homes, what to buy food and medicine with. They do not know how to survive in these conditions,” the PSRM said in a statement.