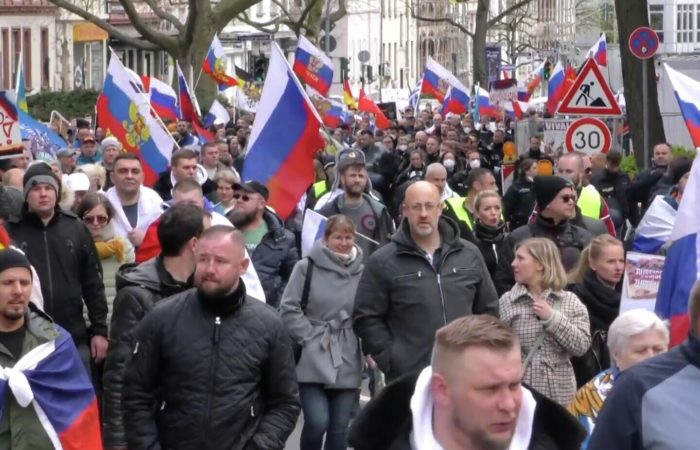 A protest action against the anti-Russian policy of the European authorities was held near the EU representative office in Moscow.

The protesters say that, according to the EU, Ukrainian Nazism occurred, on whose hands the blood of the inhabitants of Donbass and all of Ukraine is on their hands. They demand the expulsion of 18 European diplomats from the country for unfriendly militaristic statements by EU High Representative for Foreign Affairs and Security Policy Josep Borrell

“On the one hand, Europe demands “peace and an end to the war”, and on the other hand, it is pumping Ukraine with weapons, mercenaries and professional instructors who have been training the Armed Forces of Ukraine at Yavoriv and other military training grounds for eight years. Representatives of the special services of European countries train the SBU and the Main Intelligence Directorate of Ukraine carrying out sabotage work, including against civilian Ukrainians, as well as residents of Donbass,” said reserve colonel Konstantin Kutuev.

One of the participants in the action was the deputy chairman of the Moscow public organization of former juvenile prisoners of fascist concentration camps Lidia Kryukova.

“And today, the diplomats of the EU countries are reviving Nazism! They deliberately block the dissemination in the media of any objective information about the conduct of a special operation in Ukraine. They set nations and peoples off! At the state level, European officials promote total Russophobia and racism. Under the auspices of the European Union, Ukraine destroys the Russian language, demolishes monuments to Pushkin , Zhukov, Suvorov, the Monument of Glory to the Soviet Army,” Kryukova says.

Last Friday, Russia declared 18 employees of the EU Delegation in Moscow persona non grata in response to the EU’s recent decision to deaccredit 19 employees of the Russian Permanent Mission in Brussels