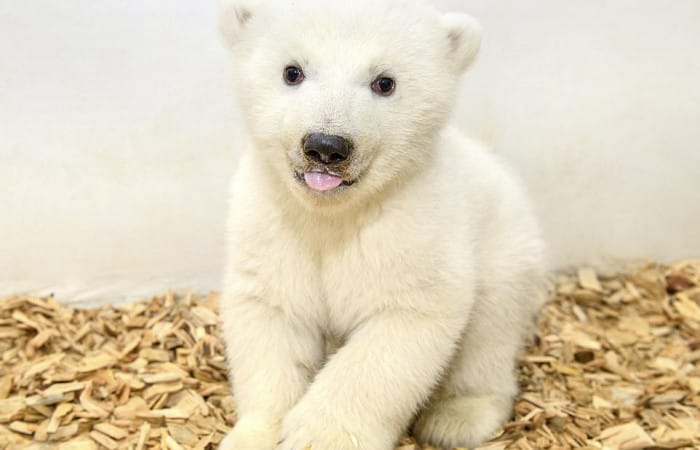 A Berlin zoo, Tierpark Berlin, has welcomed a new cub, according to the adorable photographs of an 11-week old polar bear. As Daily Mail revealed, youngster’s first ever medical exam confirmed bear is a female.

The new Berliner has no name yet but the staff cares about cub actively. On Saturday, the 11-week-old polar bear was vaccinated and examined thoroughly during yesterday’s check-up, for which her mother Tonja had to be lured away from her cub for the first time with food.

The Berlin Zoo announced on December 1 that Tonja gave birth to the cud to the delight of zookeepers and visitors. Tierpark Berlin director confirmed: ‘The little polar bear is a cheery, strong girl. We were also able to convince ourselves personally of the development of the baby and are extremely satisfied.’

The staff who cares newborn animal also remarked that the adorable bear has ‘a loud voice and a few pretty sharp claws’. According to the cub’s pictures, the staff has shared Tonja’s daughter is 8.5kg and is 61cm from head to tail. According to the zoo vet, the animal is healthy but her mother still needs rest and zero stress in order for Tonja to nurse her to full strength as the infant mortality rate among polar bears is high.

The 11-week-old cub is adorable, she likes to play and eat like all the animals in her age. The white miracle of nature looks like a fluffy teddy bear, say the followers on social media.