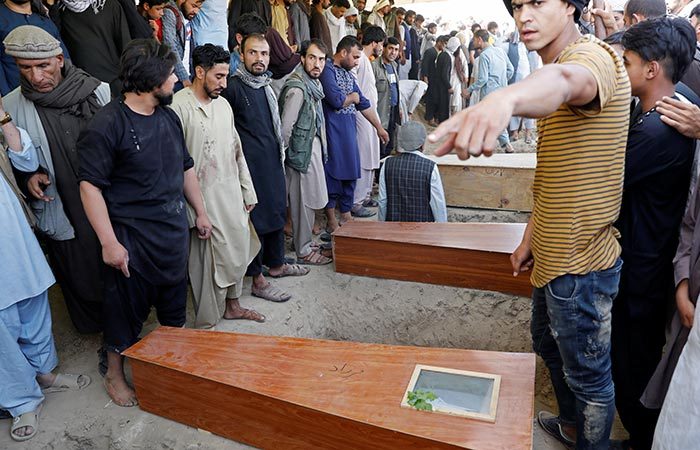 Afghan city of Jalalabad became the place of tragedy on Tuesday, at least 100 civilians wounded as a result of bombings. As GulfToday reports, a day after 14 bombs exploded in multiple public places in the city.

The death toll has risen to 123, Jalalabad authorities confirmed on Tuesday. So far, no terrorist cell has claimed responsibility for the attacks but both ISIS and the Taliban militants operate in the area close to Pakistan. The bombings took place in squares, markets and outside restaurants in Jalalabad, said Gulzada Sangar, a government health official.

According to the local authorities, no deaths were reported in the blasts, which struck as the country marked the 100th anniversary of its independence. An ISIS suicide attack on a crowded Kabul wedding hall killed 63 people on Saturday.

Afghans tired from the 18-year-long war

The civil war started in 2001 has ruined Afghanistan, the new generation even has no recollections on how to live in peace. Hundreds of thousands Many outraged Afghans ask whether an approaching deal between the United States and the Taliban to end nearly 18 years of fighting will bring peace to long-suffering civilians.

For the White House, the war against the Taliban became the longest one.

On Sunday, the bomber detonated his explosives in the middle of a dancing crowd, and the ISIS affiliate later said he had targeted a gathering of minority Shiites, whom it views as apostates deserving of death.

President Ghani has commented on the non-stop war against terrorists on Monday. He asserted that the Taliban, whom the US now hopes will help to curb the ISIS affiliate’s rise, are just as much to blame. The cabinet is openly frustrated at being sidelined from the US talks with the insurgent group, which regards the Afghan government as a US puppet.