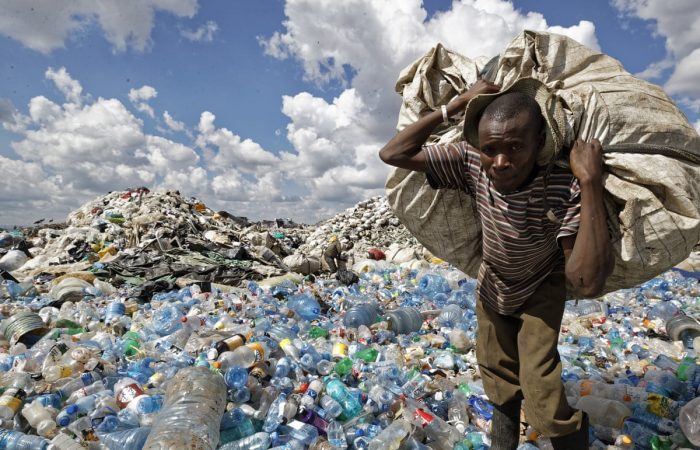 The Nairobi-based factory has developed a prototype machine that is able to produce 1,500 bricks each day, made from a mix of different kinds of plastics. The advantage is the new Kenyan bricks are stronger than concrete, Springwise has learned.

A startup Gjenge Makers based its activity on the discarded plastic and tiredness of government’s impotence to find the solutions to the plastic pollution problem in the African country.

Nzambi Matee has set up a factory, Gjenge Makers, that recycles plastic waste into bricks stronger than concrete.

Although Matee does stay away from PET, which is found most commonly in plastic bottles, Gjenge Makers has managed to recycle more than 20 tonnes of plastic waste into paving bricks since 2017, all of which come in an array of colours. Matee also plans to add a bigger production line that could triple capacity and hopes to break even by the end of this year.

The source of plastic is everywhere

Matee said that the collection of the waste material in Kenya is as easiest as possible. The entrepreneur visits the packaging factories for free and pays for the plastic from other recyclers.