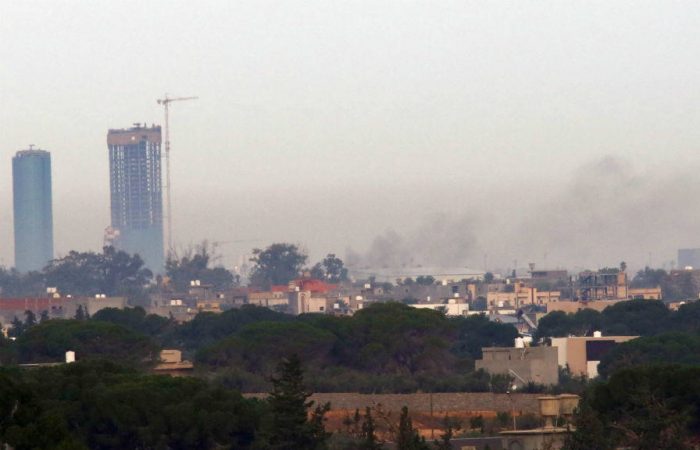 Mitiga international airport in Tripoli became a target for the airstrike on Tuesday, Yeni Safak agency reported. The details of the incident were laid out on social media by the UN-recognized Government of National Accord.

The warplanes that targeted Mitiga airport were believed to be flown by forces loyal to General Khalifa Haftar, the official statement said. According to the Lybian Government of National Accord (GNA), another suspect is the United Arab Emirates.

The Lybian authorities have accused the UAE of supporting strongman Haftar’s forces, which Abu Dhabi has denied on several occasions.

The airport is located 8 kilometres from Tripoli’s city centre, that is why it is so important for Gen Haftar-affiliated forces. Being the only operational airport in the Lybian capital, it has been frequently suffering from closures due to attacks by rebels.

Since Tuesday, all flights are halted at Migita, they are transferred to Misrata International Airport in the northwestern part Libya.

The oil-rich country has since seen the emergence of two rival seats of power: one in eastern Libya, with which Haftar is affiliated, and the Tripoli-based GNA. Since April when General Haftar initiated his military campaign, the clashes between the two sides have left more than 1,000 people dead and about 5,500 wounded, the World Health Organization confirmed.

The Arab Spring in 2011 transformed Libya from the rich and safe African state into the weak and poor country where the civil war never ends. Lybia has remained beset by turmoil, and many people express their pity that the long-time ruler Muammar Gaddhafi was ousted and killed in a bloody NATO-backed uprising after four decades in power.