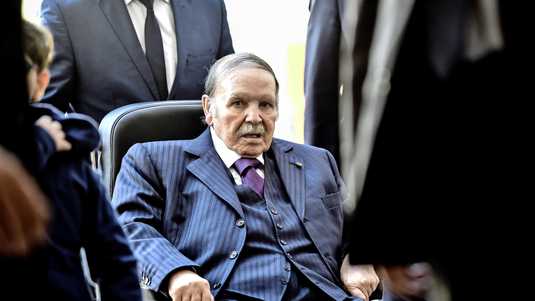 Algeria’s President appointed a new Cabinet while the protesters are angry with the new development such as Abdelaziz Bouteflika named on Sunday a new caretaker government, El Bilad TV reported.

The Algerian government has been reshuffled last week amid the mass demonstrations against the fifth term of President Bouteflika. He named the new ministers as a new caretaker government. One of the key posts in Cabinet, the foreign minister, was filled by Sabri Boukadoum, a former ambassador to the United Nations. his predecessor Ramtane Lamamra spent less than a month in the role. It is worth to note that following the recent reshuffle, Army chief of staff, Lieutenant General Ahmed Gaed Salah kept his position as deputy defence minister while Mr Bouteflika kept his title as defence minister.

The Algerian leader who has rarely been in public since suffering a stroke in 2013, might announce his resignation on Tuesday, his critics suppose. The resignation should be conducted in accordance with article 102 of the constitution, which allows Bouteflika to quit or face the verdict of the constitutional council whether he is still fit for office.

Mr Haddad who was a long a supporter of Abdelaziz Bouteflika, resigned this week as head of Algeria’s Business Forum, apparently trying to distance himself from the national leader.

The Secretary-General of the United Nations said on Sunday he welcomed efforts towards a peaceful and democratic transition in Algeria. Addressing an Arab League summit in Tunis, Antonio Guterres said any steps should be made in a way “that addresses the concerns of the Algerian people in a timely way”.