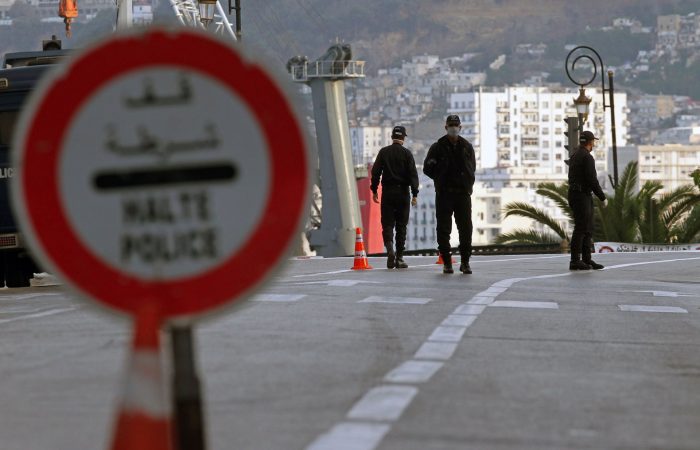 Algeria’s government announced Sunday lifting the restrictions caused by the coronavirus. Thus, a curfew in 19 provinces will be lifted, marking the second phase.

In Algeria, 19 provinces will start to live in ‘new normal’ mode since Monday. Among cities, where partial prohibition will be implemented, are the capital of Algiers and Oran.

According to the authorities, the second step will be taken to resume economic activities and a partial curfew in 29 provinces will continue between 8 p.m. and 5 a.m. local time. In addition, compulsory permits given to civil servants and private company employees will be abolished if the transportation and health conditions are met.

As of Sunday, a total of 10,810 patients have been diagnosed with the virus in Algeria while 760 have died. The health ministry also reports 7,420 people have recovered.

Meanwhile, the head of Libya’s Tobruk-based parliament Aguila Saleh arrived in neighbouring Algeria on a surprise visit on Saturday. At the Algiers International Airport in the capital, he was welcomed by the head of the National People’s Assembly and Foreign Affairs Minister Sabri Boukadoum.

The experts noted that the visit coincides with the Libyan army’s victories over the militia of strongman Khalifa Haftar. This week, Algerian President Abdelmadjid Tebboune, in an interview with a local media outlet, reiterated his country’s offer to assume the role of mediator in the Libyan crisis.

«The solution in Libya will not be military,» Tebboune said, reiterating that Algeria «stands at the same distance from all [Libyan] parties.»

After suffering military defeats in Libya’s western region against the internationally recognized Tripoli-based government, Haftar has called for a cease-fire and a political solution to the conflict.

The army inflicted heavy blows on General Khaftar and liberated Tripoli and Tarhuna from LNA troops.