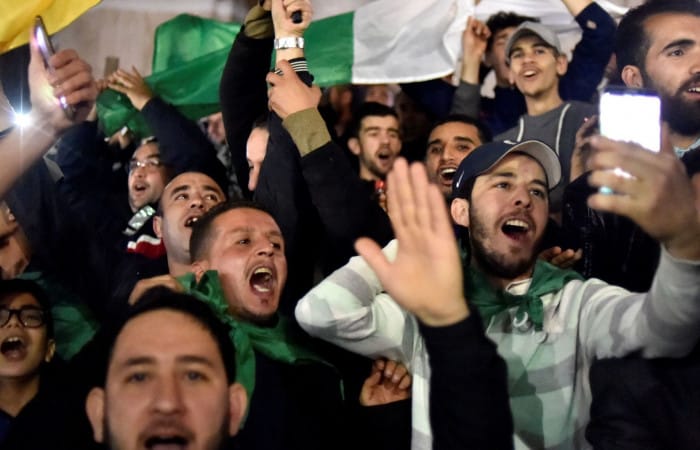 Algeria’s President has ended his presidency era, Telegraph reported on Wednesday. After weeks of mass demonstrations, Abdelaziz Bouteflika has left office, ending his political career as the national leader who spent four terms in the office.

The 20-year-long era of President Bouteflika is over, the local media reported. the hardest ever decision was made by Abdelaziz Bouteflika after several weeks of mass protests and the final warning from Algeria’s Army chief Gaid Salah to “immediately” step down. The Defence Ministry’s statement referred to Bouteflika’s entourage as a “gang” and said it had made “fraud, embezzlement and duplicity its vocation”.

The 82-year-old Bouteflika, in fact, was pushed out of power by the nationwide protests against his intention to take part in the April presidential run. On Wednesday, Mr Bouteflika had notified the Constitutional Council of his decision to end his presidential mandate. After such a serious step, the interim national leader for a maximum of 90 days is the president of the upper house, the Council of Nations. Meanwhile, the next presidential elections should be organized in Algeria.

Hundreds of thousands of Algerians took to the streets of the capital on Tuesday night, waving flags and chanting in celebration at Bouteflika’s departure.

For many young people who were born under Bouteflika’s era, the new president feels new. In their 20s, many of young protesters feel as happy as scared. They express the hope that they’ll keep going until Algeria has fair, transparent elections and a new government. But what will happen next is unclear in a country that has rarely seen political changes at the top since gaining independence from France in 1962.

The date of the next presidential election will be determined soon, say the political experts. Algeria’s future is in the hands of people, and that is the most important achievement for the North African country.