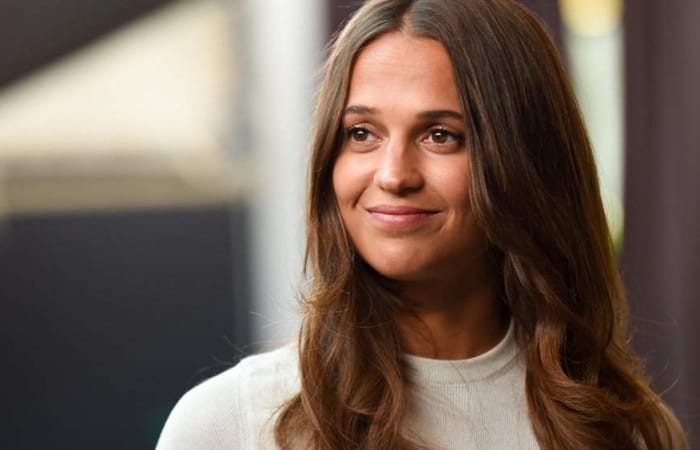 Alicia Vikander revealed in her recent interview that she first met her future husband on a dance floor, that time they didn’t speak, just danced.

The Swedish Oscar-winner Alicia Vikander is happy in the marriage, her husband Michael Fassbender is the best men in the world to her.The actors married in 2017 after meeting and falling in love on the set of The Light Between Oceans in 2014.

Vikander revealed how she only danced with Fassbender the first couple of times they were together at the Toronto International Film Festival. The 29-year-old told the publication:

“The first two times we met, we didn’t chat, we only danced.”

Alicia wants to live in EU, not in the UK

Before marriage, Michael and Alicia have been thinking of home in London but Brexit changed their vision. Alicia confessed that in 2014, when she and Michael first met, they adored London. In 2018, the couple preferred Lisbon, this city is becoming a more popular place for many celebrities.

Vikander revealed that when she met Fassbender three and a half years ago, he had mentioned he’d been to Lisbon and loved it, and Alicia knew friends who were moving out there.

“And that was a time when I was just starting to feel really at home in London, but after Brexit I think I was like, ‘Meh, you know what, I want to stay in Europe,”

This week the couple spends in Madrid, The Royal Affair star had a big smile on her face as she joined her love in Madrid, where they headed off on a lunch date. Dressed in a camel coat over a white T-shirt and black cropped trousers, she looked chic as she headed out in the rain. Michael also looked happy and relaxed right beside his wife.