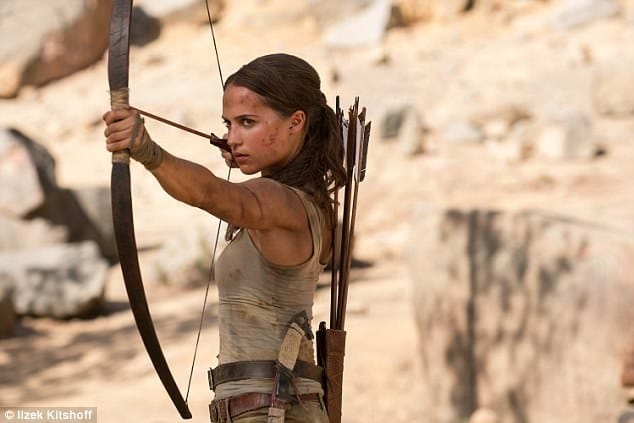 Alicia Vikander, the 29-year-old Swedish actress, married Michael Fassbender couple a months ago. The beauty brunette revealed she is more than happy to be a wife, the press believes that is one of the most beautiful Hollywood couples.

The Oscar-winner Alicia  Vikander is promoting her new Tomb Raider movie, that’s why she is giving many interviews. Of course, the journalists are interested in the details of her private life, not only Tomb Raider’s ones. The 29-year-old actress talked about how she feels these days as his wife.

‘I feel I’m more happy and content than I’ve ever been… The happy-and-content thing, that’s talking about my private life,’

She also talked about their wedding, which was a small, discreet gathering of friends and family. Both Michael and Alicia were happy with this inner-circle ceremony. As Alicia noted:

‘It’s not about being secretive. It’s just about choosing the few things that you keep private.’

They tied the knot at Agroturismo Can Marti, an eco-hotel in Ibiza, Spain, in October, and they enjoyed their honeymoon in Italy.
She also shed some light on what makes her attracted to Fassbender, who she worked with on the 2016 film The Light Between Oceans. According to the actress, she thinks he’s one of the absolute best actors I’ve worked with.

‘Of course he’d done more films than me, but immediately when we started to work together he was so open to wanting me to chip in new ideas and thoughts,’

Vikander said and added that there were many funny moments during the filming.

Their relations are still strong and romantic, this couple prefers to keep under sheets the details of their private life. Regarding the professional life, Vikander’s Tomb Raider film comes out March 15. She will fill in the shoes of Hollywood star Angelina Jolie, who fronted the franchise from 2001-2003.

The married life is good despite both spouses to have very tight schedules – probably, that is the secret f the happy marriage.