Aliyev opposed the participation of France in the peace process between Baku and Yerevan. 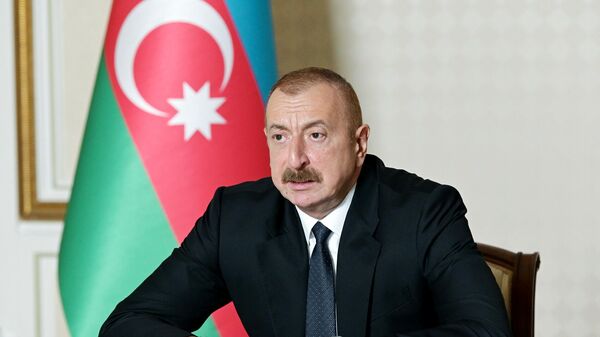 France cannot take part in the peace process between Baku and Yerevan, Azerbaijani President Ilham Aliyev said at the international conference “Along the Middle Corridor: Geopolitics, Security and Economics.”

“Less than a week after the meeting in Prague, French President Macron criticized Azerbaijan in his interview and accused us of what we did not do. This was followed by the well-known resolution of the French Senate, which is absolutely unacceptable and offensive. Then there was another anti-Azerbaijani resolution French National Assembly, and then France’s attempt to attack us through the Francophonie Summit. This is unacceptable, since the Francophonie is a humanitarian organization,” Aliyev said.

⠀
The head of state said that the Azerbaijani side has the original text drawn up by France in tandem with Armenia, which, according to him, is full of accusations and insinuations.

“But we have friends not only in the Non-Aligned Movement, but also in Europe. Thus, this anti-Azerbaijani resolution is something formal. Considering all this, it is clear that France cannot take part in the peace process. And this is not ours, and their fault, since neither the US nor Russia has ever officially taken sides. This means that the meeting on December 7 will not take place. And we will consider other alternatives. Let’s see who will act as an intermediary and on what platform “, Aliyev said.