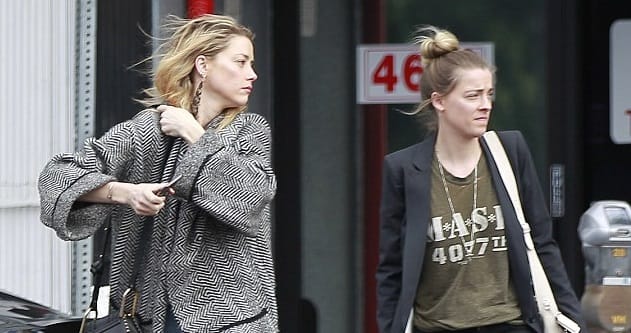 The Hollywood actress Amber Heard is still driving the Tesla car she was given by her ex-boyfriend Elon Musk. Despite the most recent split, the blonde has no intentions to change the vehicle.

Amber Heard was spotted this week before heading to the restaurant to meet her sister Whitney in Los Angeles. For dinner with a relative, the actress bundled up, tossing on a long herringbone coat. The Justice League star added a studded cross-body bag, a leather belt and Chandelier earrings for accessories along with shiny, heeled booties.

Moreover, Amber was happy to hold onto her Tesla, even though she and Elon reportedly split earlier this month, after taking a second stab at their relationship. Ms Heard is a smart woman, her upscale ride, the Model S, has a starting price just shy of $100k.

The fans found her style great, Amber added a 70s chic touch with a wide-brimmed hat, which she stowed away in the trunk of her car. Her blonde hair was worn loose and pushed to the side by the elements on the uncharacteristically windy LA day. Whitney Heard looked just as stylish as her sibling, donning a green M*A*S*H*4077 shirt with a black blazer, black skinny jeans and cool velvet flats.

After getting a lunch in the LA restaurant, the sisters Heard were seen hopping into the star’s black luxury ride. In fact, Tesla Model is a great vehicle, especially it is a gift from the former boyfriend!

Many fans are still waiting for the next round of the reuniting of Elon and Amber. The couple first got together in 2016 and parted ways after about a year, later enjoying a brief reunion late last year.