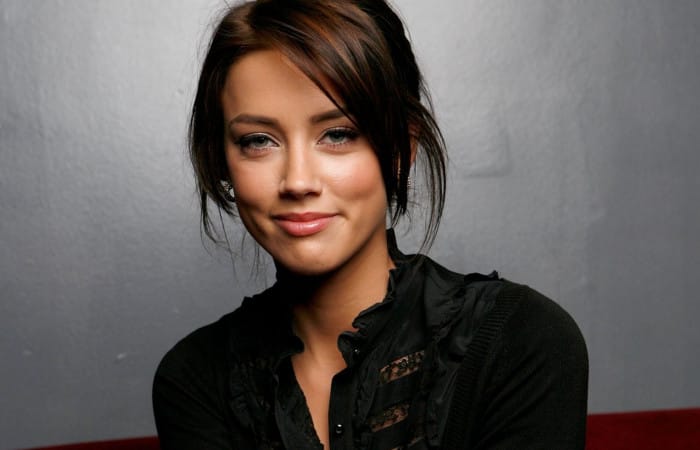 Amber Heard didn’ reject the offer to play a role of teen’s mother in the upcoming indie film Gully. The blonde step into the new phase of her acting career where there are many roles of not so young beauties she used to play before.

Amber Heard is a part of the cast for the upcoming indie project Gully where she will play Charlie Plummer’s mother. The 31-year-old Amber and 18-year-old Charlie should create the screen mother and so picture. The film is set in a dystopian version of Los Angeles and follows three disaffected teenagers – who are all victims of childhood trauma – who are running a hedonistic riot.

Charlie is one of the young Hollywood stars, his work in All the Money in the World made his way to the big screen. Kelvin Harrison Jr., Jacob Latimore, Alice Eve and Jonathan Majors are also on board the movie which has been penned by Marcus Guillory.

Ms Heard will next be seen starring in the DC Extended Universe movie ‘Aquaman’ alongside Jason Momoa as the titular character. Aquaman was briefly seen in a cameo in ‘Batman v Superman: Dawn of Justice’ and made his full big screen debut in ‘Justice League’ last year.

Amber Heard plunged into work after splitting from Musk

Gully will be the directorial debut of Elderkin, who directed videos for SZA’s “DNA,” Kendrick Lamar’s “DNA,” John Legend’s “All of Me” and several Frank Ocean songs. Marcus Guillory wrote the screenplay.

For Amber, Gully was only the latest high-profile casting, who in February was tapped to star in the romantic thriller Run Away With Me. Among the current Heard’s projects are Aquaman and London Fields. The latter movie by Matthew Cullins based on the Martin Amis novel and set for release in 2018.

Amber’s romance with Elon Musk is over, the actress and the billionaire couldn’t keep their relations alive, so, passion has gone. Now, Amber is busy with her work, the same does Elon who is going to help Israel to boost its solar energy sector.