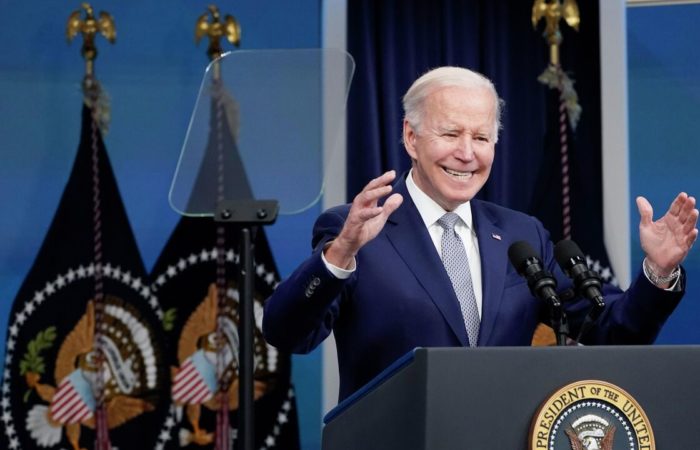 Fox News host Tucker Carlson “caught” US President Joe Biden in an absurd slip of the tongue he made during a speech on US inflation-fighting measures.

Speaking to reporters on Tuesday, Biden said that inflation is a strength of the United States, thanks to the White House.

“So inflation is a strong point, just like ethnic and cultural diversity and the coronavirus vaccine,” the journalist joked.

According to Tucker, at first he did not believe what he heard, so he double-checked the president’s statement in the transcript published on the White House website, but read the same quote there too.
Later in the same speech, Biden emphasized that inflation is bad, but the COVID-19 pandemic and “Putin’s actions” in Ukraine are to blame.

“That is, the Americans cannot afford to buy meat or diesel fuel, but Biden will still send another forty billion dollars to the Ukrainian government. After all, printing money does not cause inflation. Are they serious?” concluded the host.

Earlier, the head of the White House has already associated the record price increase for goods in the United States over the past forty years with the situation in Ukraine and the Russian president.