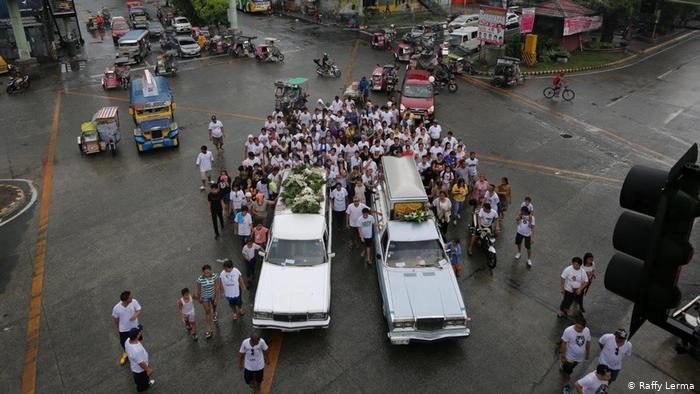 The London-based rights watchdog Amnesty Internation issued its report «They Just Kill,» which covers the bloody drug war in the Philippines. The human rights organization urges the UN to investigate the thousands of killings in the Asian country.

President Duterte’s war on drugs is on its peak, so, Amnesty is calling for a UNHRC investigation because of mass killings. At least 6,000 have been killed by state police, and many of those deaths are potential «crimes against humanity», report «They Just Kill» says.

This week, a vote on the resolution by the 47-member council is expected.

President Rodrigo Duterte’s bloody anti-drug crackdown has terrifying consequences, the watchdog believes. Amnesty urged the UN Human Rights Council to approve a resolution calling for an investigation into the Philippines. According to the human rights activists, under Duterte’s ruling, the Asian state comes to a «perilous normalization» of police abuses and even the illegal executions.

According to the report, at least 6,000 have died in operations in which Philippines police said suspects were armed and had fought back since 2016 when President Duterte launched the anti-drug campaign transformed into the ‘bloodiest killing field’, especially in Bulacan province.

«Within marginalized communities, police continue to kill with total impunity, fueling a pervasive climate of fear in cities, towns and neighbourhoods,» Amnesty report said after it investigated 20 drug-related incidents in which 27 people were killed across Bulacan from May 2018 to last April by interviewing witnesses, families of the dead, local officials and rights activists.