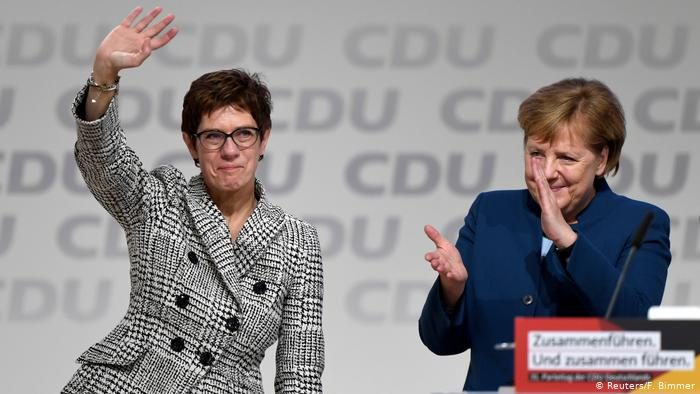 The German Chancellor calls to resume the fight against terror in northern Syria, saying that it is not the time to be onlookers only, The Local Germany reported. The issue of Germany’s involvement in Syria was discussed on Tuesday at a parliamentary meeting.

Angela Merkel is signalling her support ‘safe zone’ created under the Turkish-Russian deal on Tuesday. Meanwhile, defence minister Kramp-Karrenbauer has her own, controversial, vision of the current Syrian situation.

According to Merkel, the idea of a security area was «very promising, even if there are many open questions», however, the conservative German MPs are not delighted with the ‘safe zone’ conditions. Foreign Minister Heiko Maas told reporters the notion had provoked «a certain degree of irritation» among Germany’s NATO allies.

The Turkish-Russian deal caused a stir among NATO countries

The fast and successful Turkish invasion in northern and the Russian steady support of Assad’s regime made possible to get rid of YPG Kurdish fighters. As Maas said, «there are high hurdles for any internationalisation of the solution to the conflict».

Germany’s defence minister Kramp-Karrenbauer had told Deutsche Welle on Monday that a ‘safe zone’ could allow international forces, including German ones. The participation of the international community could stabilize the region, which urgently needs to rebuild its civilian life is once again possible.

Meanwhile, there had been «no discussion» of an international mission to northeast Syria with Germany’s allies, Foreign Minister said, recalling also the failure of a similar plan for Aleppo in late 2016.

Kramp-Karrenbauer added that she had already floated the proposal for more active participation of the European nations in resolving Syrian situation to the British, American and French defence ministers. An agenda of the upcoming December NATO summit will include this issue.

On Tuesday evening, Turkey and Russia agreed to ensure Kurdish YPG forces withdraw from areas close to Syria’s border with Turkey and to launch joint patrols.

When asked about Kramp-Karrenbauer’s safe zone proposal, Kremlin spokesman withheld judgement. «We don’t have a position because this is a new initiative,» Dmitry Peskov said. «We need to study it.»