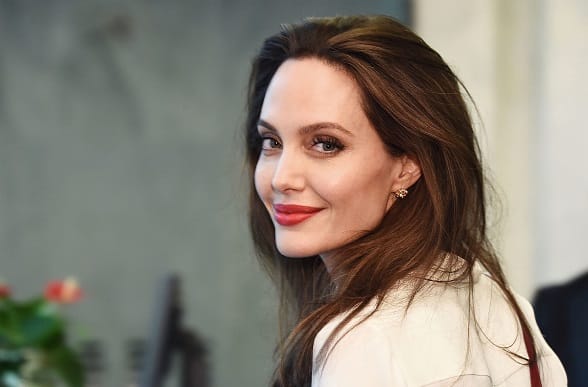 Angelina Jolie’s private life changes made her fans happy, the 42-year-old actress was spotted with the handsome gentleman who is a real estate agent. Obviously, he is a new boyfriend of the star, Entertainment Tonight reported.

Despite Angelina Jolie and Brad Pitt have yet to finalize their divorce from after a 2016 split, both actors are living with their own lives. meanwhile, Brad prefers to be alone, Angie is seeing someone. Jolie’s new beau was described as older-looking and handsome man who isn’t a celebrity or high profile in any way.

Angie’s friends like to see her happy for a change because she was in a very bad place after her split from Brad and being a 24/7 mother of six kids.

‘People talk about them reuniting, but it will never happen,’

believe Jolie’s friends, taking into account that while Brangelina’s attempted therapy with all their children they share, they can barely be in the same room together.

Brad Pitt is not dating any famous women, being a very private about who he’s seeing, but he does continue to casually date. The ladies Mr Pitt sees are not in the public eye, but the actor enjoys going out to eat with close friends. he revived the friendship with one of the oldest his pal, George Clooney.

While Angelina Jolie is fighting for the sole custody, Brad Pitt has made changes in his life since the split. After the split, the actor was a homebody for many months, but in the last month or two, he’s been going out more. Now, his life is totally different, he looks happy, relaxed and very positive. His friends note that they’ve never Brad in such a good mood.

‘Dating hasn’t been a priority because Brad wants to spend more time with the children. He has been working on himself. Brad has been spending a lot of time learning to play guitar and hanging with musician friends,”