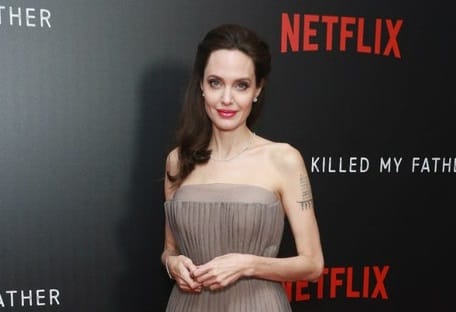 Angelina Jolie and her father are reuniting, month to month they are improving the relationships. The gifted actor Jon Voight is glad to be a good grandfather to the six kids of Angelina and Brad Pitt. Last night, both father and daughter reunited on the red carpet at the New York premiere.

The director Angelina Jolie is promoting her war drama ‘First they kill my father’ now, but Voight and his daughter didn’t pose together on the red carpet. Despite his, the premiere was very much a family event, Voight hammed it up for the cameras with his brother Chip Taylor while Jolie arrived with all six of her children.

Angelina Jolie walked the carpet hand in hand with an author Loung Ung whose book became the base for Jolie’s film. Cambodia and its history have a meaning for Jolie, who was inspired to make the film to help her son Maddox connect with his roots in Cambodia.

Jolie-Voight reconciliation is good for both them

The separation with Brad Pitt changed a lot in the life of Angie and even made her reconnect with her father, Jon Voight. Both celebrities, dad and daughter, have now made their first red carpet public appearance together in years, at the New York premiere of her new film, First They Killed My Father.

Jolie confessed that she is glad to see her father communicating with her kids,

‘I had to do a therapy meeting last night and he was just around. He knows kind of the rule—don’t make them play with you. Just be a cool grandpa who’s creative, and hang out and tell stories and read a book in the library.’

Brad Pitt missed all the premieres of Angie’s movies while none of their six kids supported father on his premiers during this year.