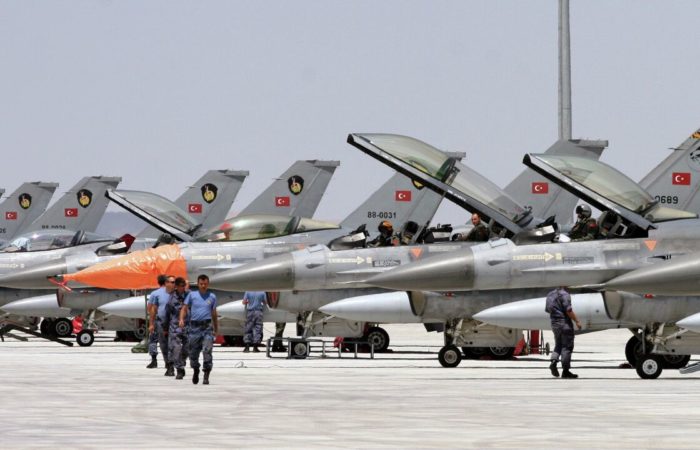 Turkey responded to the actions of the Greek aviation, which tried to intercept Turkish fighters over the Aegean Sea, the Turkish Ministry of Defense said.

“The Greek Air Force again tried to intercept Turkish F-16 fighters in the Aegean Sea, but received a decent response. There was an attempt to intercept Turkish F-16s taking off from five Turkish air bases. Despite all attempts by the Greek side, Turkish pilots, continuing the flight, successfully completed all assigned tasks,” the statement said.

The department explained that this happened the day before, during the planned NATO NEXUS ACE Ege mission. It involved 14 F-16 aircraft, one reconnaissance aircraft, a KC-135 tanker, a CASA transport, and a NATO E3-A AWACS airborne early warning aircraft. All allies in the alliance were informed about the exercises 24 hours in advance, the Defense Ministry stressed.

NATO allies Greece and Turkey have repeatedly found themselves on the brink of armed conflict due to territorial disputes. The latest aggravation began after the May speech of Greek Prime Minister Kyriakos Mitsotakis in the US Congress, where he announced an unprecedentedly frequent overflights of Turkish fighters over the Greek islands in the eastern Aegean Sea. Turkey, for its part, demands an end to the militarization of these islands, accusing Athens of violating long-standing international treaties.

⠀
Turkish President Recep Tayyip Erdogan even refused to communicate with Mitsotakis and said that such a policy no longer exists for him. Mitsotakis, in turn, called Ankara’s threats and attempts to question the sovereignty of Greece unacceptable.