Annual inflation in the US in April reached 8.3% 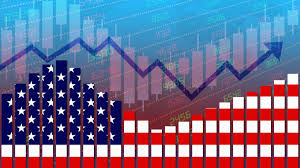 Inflation in the United States reached 8.3% in April in annual terms – such data was published today, May 11, by the US Department of Labor. Thus, the value of the consumer price index once again turned out to be a record for several decades.

Nevertheless, the growth of consumer prices slowed down: in comparison with the previous month, they rose by 0.3% in April against a growth of 1.2% in March. Inflation slowed down for the first time since August last year. This is due, among other things, to the fact that energy prices slightly decreased compared to March – by 2.7%. In March, these prices rose by 11%. Food prices in April increased by 0.9%, for non-food products (excluding energy) – by 0.6%.

Experts note that, despite the continued rise in prices, consumers are still ready to actively buy.

“We are still at the point where consumer and business resistance to price increases is greatly reduced because no one is sure that if they wait, they will later be able to buy at the desired price. This gives the business more influence on prices, but this seems to be temporary,” said Lou Crandall, chief economist at Wrightson ICAP, an analyst firm.