Another explosion in Istanbul 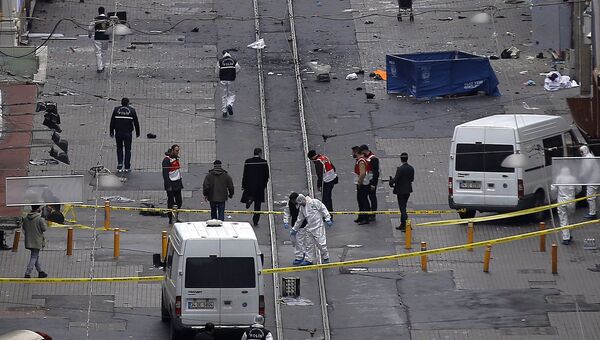 Today, Istanbul again faced an explosion at 6 am. This time it thundered near the building of the Youth Foundation, in the Gaziosmanpasha district on Hürriyet Mahallesi Street. Fortunately, there were no casualties or injuries, one thing for Istanbul is part of the “norm”, and someone intends to continue terrorist attacks of this kind.

“Glasses were broken in the building. During the inspection of the scene, fragments of improvised explosive devices were found. A judicial and administrative investigation has been launched on this issue,” the authorities say.

Investigations began immediately, because this is not the first incident in the last month, so to speak, entered the system. According to the audit, CCTV footage revealed that the perpetrator was a woman who came to the foundation’s building early in the morning and deliberately planted explosives. Unfortunately, it has not yet been possible to identify her, as well as to find her and interrogate her, but the authorities and special services are doing everything possible to deliver her to the department. Apparently, the initiative did not come from her, she was just a performer. Then you should be afraid, because the terrorist attack can be repeated and “without victims” may be unlucky. Like, for example, with the terrorist attack on the subway or the recent explosion in the house.