Anthony Joshua stops Wladimir Klitschko with a knockout at Wembley

Anthony Joshua won! The boxer and his incredible knockout made him a champion, Anthony got his WBA world heavyweight title after the victory over Wladimir Klitschko. The match at Wembley Stadium in the 11th round showed the real winner.

The fight between Anthony Joshua and his rival Wladimir Klitschko was a really exciting boxing show. At last, British star produced the match of his career to add the WBA world heavyweight title, now he owns both belts, IBF and WBA. 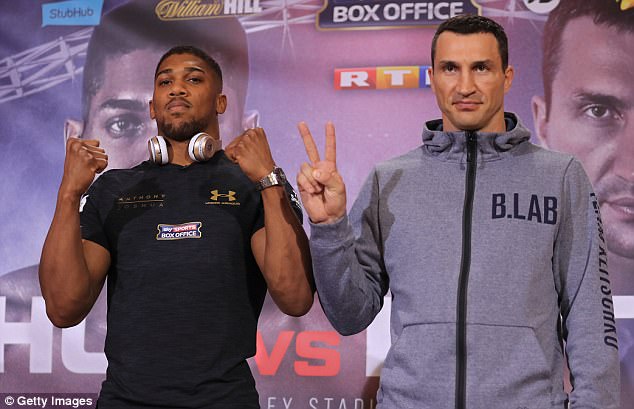 The enthralling knockout by Anthony Joshua was just amazing, a post-war record 90,000 fans at the national stadium were treated to a see-saw contest. Joshua dropping the former unified world champion in the fifth round, before being put down – for the first time in his 19-fight career – in the sixth.

Joshua vs. Klitschko match, details of the performance

Joshua, The British star of the ring and the hope of the national boxing, has demonstrated an amazing technique. His match will live long in the memory before Joshua delivered the clinical blows in the 11th.

At Wembley, Anthony landed a brutal uppercut which gave him the platform to send Klitschko down with an immediate flurry.

Arnold Schwarzenegger highly appreciated the boxing show, on his Twitter he congratulated Joshua and expressed the hope for a rematch. The Hollywood legend posted a photo from his ringside seat, saying it was ‘the most exciting fight he ever was seen’.