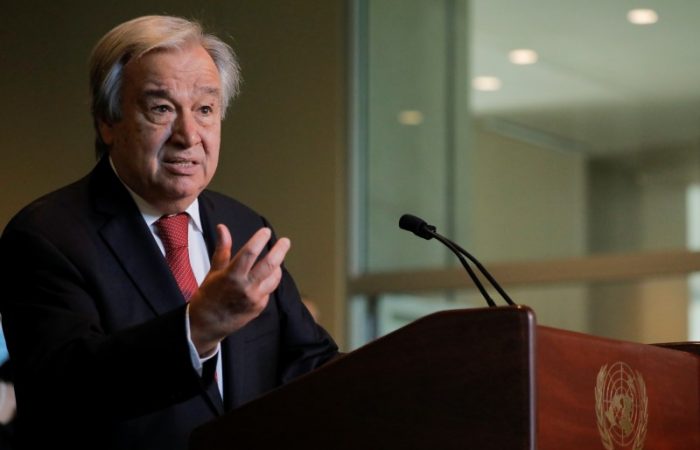 The United Nations Secretary-General Antonio Guterres was appointed on Friday to a second term in office by the General Assembly. The ex-PM of Portugal was elected to succeed Ban Ki-moon in October 2016.

The veteran diplomat Guterres will begin his second five-year term on Jan. 1, 2022. According to the official UN website, the UN chief reflected on the “solemn moment,” telling the member states he is “deeply grateful” for the trust they have placed in him.

In his address in the General Assembly hall, Guterres stressed that the globe is at a crossroads now with consequential choices, paradigms are shifting. The world has substantially changed, so,  old orthodoxies are being flipped and the member states are writing their own history with the choices they make right now.

“It can go either way: break down and perpetual crisis, or breakthrough and a prospect of a greener, safer and better future for all,” he said, according to the Anadolu Agency.

Volkan Bozkir, the UN General Assembly President, congratulated the Portuguese over his re-election. The Turkish diplomat welcomed the strong universal support from the Member States for Guterres’ reappointment. He urged all member states to continue to empower the UN chief to steer this international body to meet the needs of those all peoples serve.