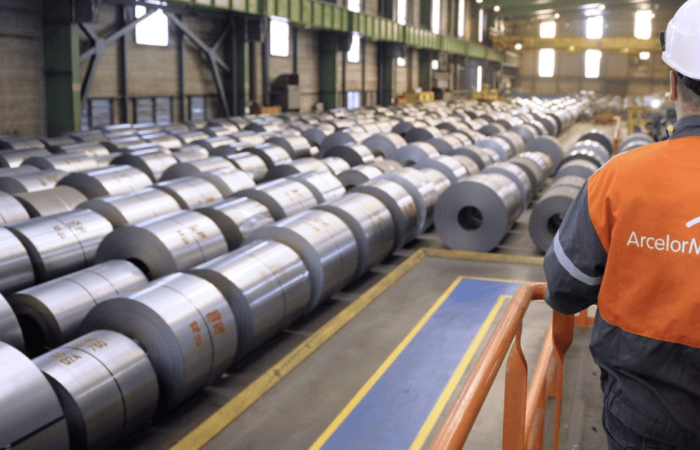 ArcelorMittal, the world’s largest metallurgical company, plans to close two of its plants in Germany against the backdrop of soaring energy prices. This is stated in a statement issued by the concern on Friday.

ArcelorMittal is taking action in Germany as not all plants can operate economically. From the end of September, the group will shut down one of the two blast furnaces at its Bremen flat steel plant until further notice. At its long products plant in Hamburg, where ArcelorMittal produces quality wire rod, The direct reduction plant will also be shut down from the fourth quarter due to the current situation and negative outlook. At the same time, it is indicated that enterprises have transferred their employees to part-time work.

“Due to the tense situation at the production sites in Duisburg and Eisenhüttenstadt, a reduced working day is already being applied,” the group stressed. “High gas and electricity prices are putting a heavy burden on our competitiveness. In addition, the federal government plans to introduce a gas levy from October, which will continue to burden us,” said Rainer Blaschek, head of ArcelorMittal Germany.

⠀
“As an energy-intensive industry, we are suffering tremendously from this. With a tenfold rise in gas and electricity prices in just a few months, we are no longer competitive in a market that is 25% imported. We see an urgent need for political action to immediately bring prices under control for energy,” he added.

⠀
Uwe Braun, head of the ArcelorMittal branch in Hamburg, in turn, said that the plant “has already significantly reduced gas consumption and reduced production by about 80%.”

“Excessive increases in gas and electricity prices are preventing us from continuing to be profitable, so we now have to import all of the higher carbon sponge iron to at least be able to continue production,” he concluded.

⠀
ArcelorMittal is the world’s largest steel and mining company. It is present in more than 60 countries and has industrial plants in more than 20 countries. In Germany, ArcelorMittal has four iron and steel production sites in Hamburg, Duisburg, Bremen and Eisenhüttenstadt.