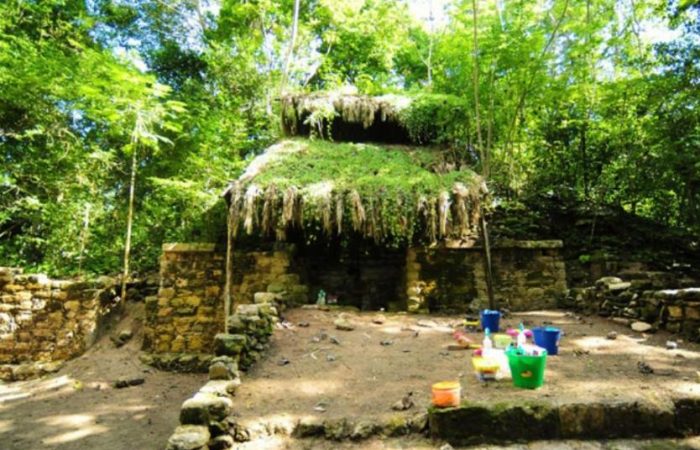 The researchers from Mexico’s National Institute of Anthropology and History (NIAH) have reported on new discovery in Tizimín in Yucatan state. The Mayan palace is believed to date as far back as 1050 B.C., the archaeologists said.

Archaeologists said that the jungle Mayan city at least 1,000 years old near Cancun, its structure was discovered in the ruins of the ancient city of Kuluba.

Researchers found the ruins while doing conservation work in the area, and said the Mayan palace is believed to date as far back as 1050 B.C., toward the end of the terminal classic period.

The similar palace Kuluba shares ties with other important Mayan cities like Ek’ Balam and Chichen Itza as the large territories that are now southern Mexico, Guatemala, Belize and Honduras were under control of that great civilization.

«From data and the Chichen-like ceramic materials and obsidian [found at Kuluba] we can infer that it became an enclave [under the control] of Chichen Itza,» archaeologist Alfredo Barrera Rubio commented on the Mayan ruins.

The NIAH said archaeologists are going to research the vicinities of Kuluba’s central square, where ruins of residential buildings, an altar and an oven have already been found but not yet investigated.

According to the Mexican archaeologists, the restoration activities in Kulubaunderway, the site is scheduled to open to the public in nex year.