Archaeologists uncover who made the Great Pyramid of Giza 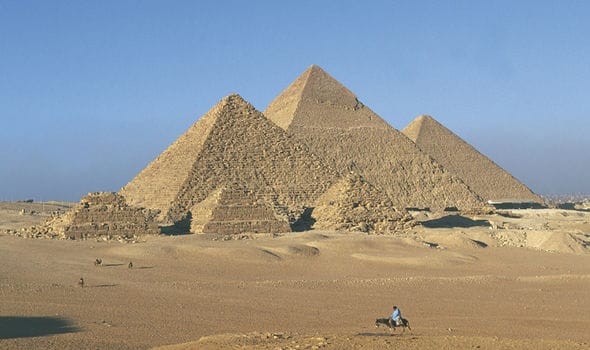 The archaeologists revealed the mystery of the Great Pyramid of Giza and uncovered who made these wonders of the world. At 481ft tall, this Egyptian pyramid was the largest man-made structure on a planet until the Middle Ages.

The archaeologists always defended their theory regarding the appearance on the Earth of the Great Pyramid of Giza. While some conspiracy theorists have suggested extraterrestrial civilizations may be involved, scientists were not convinced, indeed.

The Egyptian pyramids were the world’s greatest mysteries for centuries, but the fresh proof shows how the Egyptians transported 2.5-ton blocks for 500 miles and blocks of limestone and granite built the tomb of Pharaoh Khufu in 2,600BC.

Who built the Great Pyramid of Giza: mystery revealed

Of course, the gigantic buildings like pyramids were ordered to be built by the national leaders, pharaohs. The only pharaohs would recruit high-ranking architects and engineers to oversee their construction.

However, the back-breaking construction work was left to an army of slaves who are believed to have worked for food. The ancient papyrus that was found in the seaport Wadi Al-Jarf has given a new insight into the role boats played in the pyramid’s construction.

The detailed archaeological material shows that thousands of skilled workers transported 170,000 tons of limestone along the Nile in wooden boats held together by ropes. It is the only first-hand account of the construction of the Great Pyramid, the archaeologist Merer also describes in detail how limestone casing stones were shipped downstream from Tura to Giza.

Moreover, Merer explained how his crew were involved in the transformation of the landscape, opening giant dykes to divert water from the Nile and channel it to the pyramid through man-made canals.