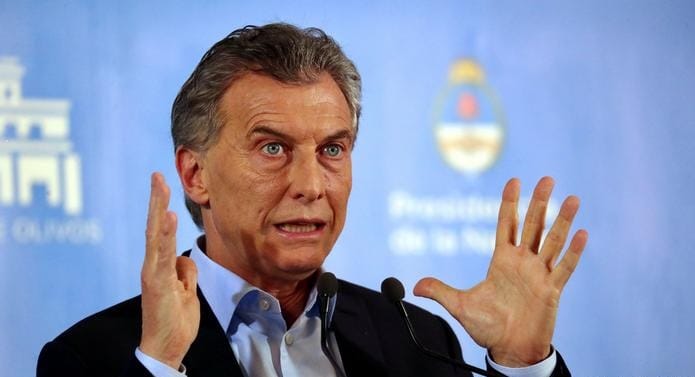 Argentina’s budget deficit urgently needs a financial assistance from outside, the IMF always did such a job. This year, the South Amerian country to set out austerity budget in search for support of the International Monetary Fund, FT reported.

Argentina’s currency peso is not too strong, the economy is now in recession, and the economy minister is doing his best to calm the investors. On Monday, he is going to present austerity-driven budget measures to Congress the country tries to shore up support from the IMF.

In June, President Macri’s government and the IMF are negotiating over Argentina’s request to reinforce a $50bn bailout package. In August, Mr Macri asked for quicker disbursement of the funds to shore up the country’s finances. What that means for Mr Macri’s re-election ambitions next year remains to be seen, with the economy already entering the territory of stagflation, largely because of the peso’s depreciation of more than 50 per cent this year.

Local economists predict inflation could rise above 40 per cent this year, while the economy is now in recession. Despite Argentinian peso remains volatile, Argentine bonds have rallied this month.

“The governors understand clearly that they are our partners in securing a zero deficit. Political, economic and financial disorder have a very high cost for them — they don’t have any room for manoeuvre,”

said Eduardo Amadeo, a deputy for the ruling Cambiemos coalition who sits on the budget committee. He expects the bill to be approved by the end of October, taking into account one important fact. According to JPMorgan’s Emerging Market Bond index, Argentina’s country risk has fallen by more than 120 basis points from highs of more than 800bp following Mr Macri’s announcement on August 29 that the IMF would speed up disbursements from its rescue package.