Armenia refuted Azerbaijan’s statement about shelling at the border. 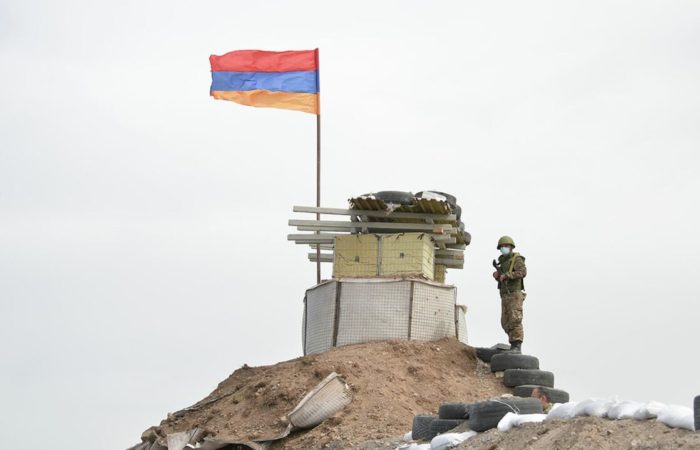 The Ministry of Defense of Armenia refuted Baku’s statement about the shelling of Azerbaijani positions on the border by the Armenian Armed Forces.

⠀
Earlier, the Ministry of Defense of Azerbaijan reported that units of the Armenian armed forces fired on the positions of the Azerbaijani army in the direction of the Kelbajar region from small arms.

Skirmishes periodically take place on the border between Armenia and Azerbaijan. The last serious aggravation occurred on the night of September 13th. Yerevan stated that the Azerbaijani military fired at the border areas of Armenia – Gegharkunik, Vayots Dzor, Syunik regions (connects Armenia with Iran) using artillery and drones. These territories have nothing to do with Karabakh. Baku stated that the Armenian military fired at the positions of the Azerbaijani troops on the border, there was a clash. The Azerbaijani Foreign Ministry accused Armenia of intending to disrupt the peace process. Both sides reported casualties among their military.
By morning, the parties agreed on a ceasefire.

According to the head of the international committee of the Federation Council Grigory Karasin, a truce on the border between Armenia and Azerbaijan was achieved thanks to the efforts of Russia, including after the conversation between Russian President Vladimir Putin and Armenian Prime Minister Nikol Pashinyan and the work of the Russian Foreign Ministry.