Arnold Schwarzenegger doesn’t care the ratings of Apprentice and Donald Trump’s taunting, the actor went with his girlfriend to Austria for some fun. Instead of attending the inauguration, the Iron Arnold had some fun at the traditional bash called Weisswurstparty (the white sausage party).

Arnold Schwarzenegger isn’t the big fun of Donald Trump, that’s why the actor preferred not to attend his inauguration on Friday. While the Republican was sworn in as the 45th President of the United States, Arnold and his Heather were having a lot of fun in Austrian traditional fete with the white sausages and beer as the main dish.

Schwarzenegger looked just happy, the Terminator took photos with Austrian fans, and enjoyed the atmosphere of the bash. His girlfriend Heather Milligan even wore a traditional folk costume. It is nice to see that the personal life of Governator is going on, after the divorce with Maria Shriver, Arnold began dating with 41-year-old blonde Heather. 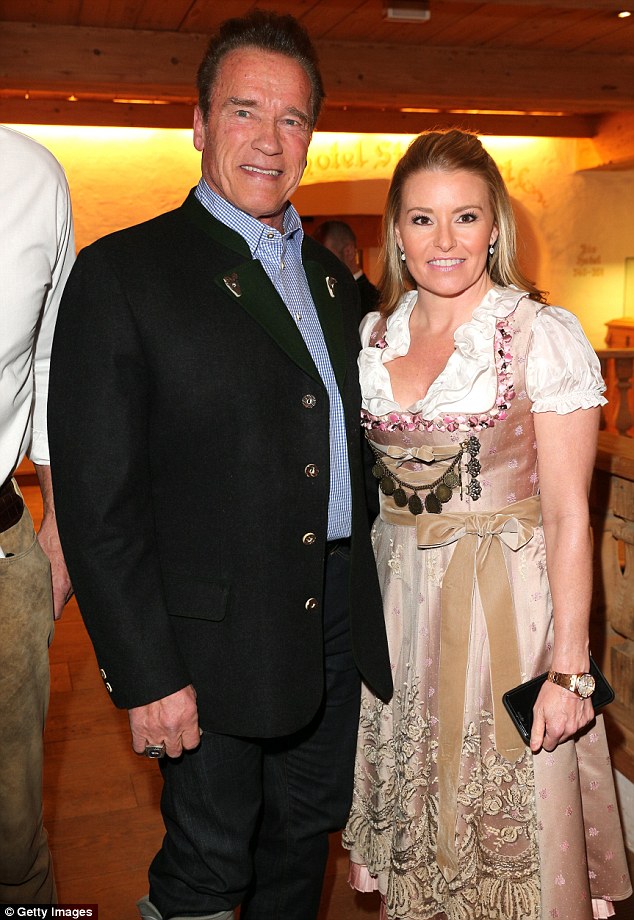 Arnold Schwarzenegger looked delighted to be back in his home country

Arnold Schwarzenegger is a Republican too but he declined to vote for Donald Trump during the recent US Presidential election. Both men are tied with one TV-programme ‘The Apprentice’. As a matter of fact, Trump had to hand it over to Schwarzenegger due to his election as the President in November.