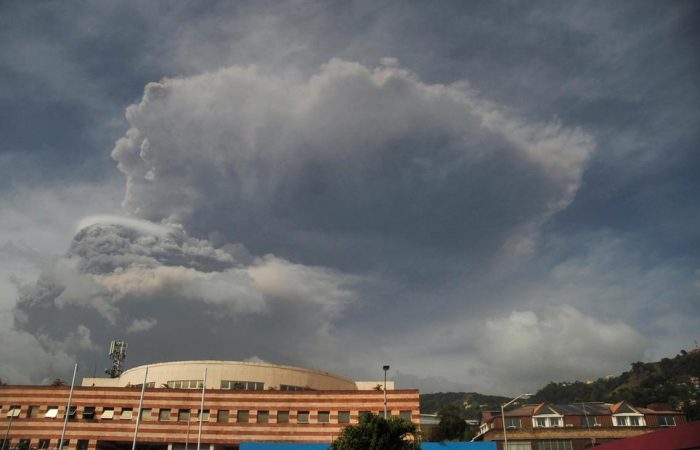 The Caribbean island of Saint Vincent was heavily covered by ash on Saturday, while the thick dust cloud continued to travel 175 kilometres to the east and starting to impact neighbouring Barbados.

After a series of eruptions from a volcano La Soufriere that had been slept for decades, the Vincentians woke up to extremely heavy ashfall and strong sulphur smells which have now advanced to Kingstown. The local emergency management wrote on Twitter that the Barbadians have been urged to stay indoors as thick plumes of volcanic ash move through the atmosphere.

The Caribbean Disaster Emergency Management Agency confirmed that the whitish powder has changed the picture in St Vincent. The caked roads, homes and buildings in the island after the powerful blasts from the La Soufriere that began Friday and continued into the night.

“Saturday morning on the island of over 110,000 residents looked like a winter wonderland, albeit blanketed by ash. Meantime, visibility in some zones was extremely limited, while in the capital city Kingstown on the south of the island – the volcano is in the north – the ash caused a thin haze of dust, The National has learned.