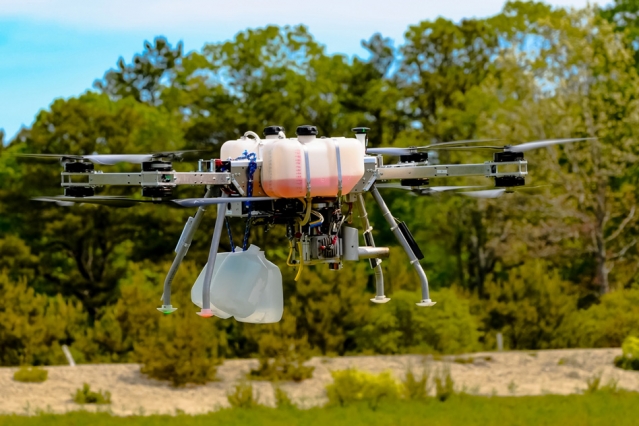 For the state-run airline airlines PT Garuda Indonesia, delivering cargo is no more a challenge, the company planned to involve drones to increase its hauling capacities, a Bloomberg agency reported.

Indonesia’s biggest airline sees a solution in drones when it is about shipping goods across the nation’s more than 18,000 islands. According to Mohammad Iqbal, Director for Cargo & Business Development, PT Garuda Indonesia intends to procure 100 unmanned aerial vehicles from China’s Beihang UAS Technology.

That move will help to ship goods across thousands of the nation’s islands, saving money and human resources. The cost of that plan, however, wasn’t disclosing. The PT Garuda Indonesia will operate the drones from 30 logistic centres, each with a dedicated airstrip, within five years, Mr Iqbal said.

«This will totally change the landscape of the logistic industry in Indonesia,» Mr Iqbal added during his interview. According to him, the perspectives for the cargo business in Indonesia is «very good.»

How drones will help the logistic industry in Indonesia

The plan is simple, the drones will have a wingspan of 18 meters, a range of 1,200 kilometers and a cargo capacity of 2.2 tons. They will be assembled locally under license from Beihang and cost about 30% less than conventional cargo aircraft.

Indonesia, the resource-rich nation, will have 25 new airports by 2024, so, the cargo aspect should be resolved as soon as possible. Last month, Planning Minister Bambang Brodjonegoro said that drones programme for cargo is the part of the government’s Highway in the Sky plan to improve connectivity.

Despite massive investments in roads and bridges during President Joko Widodo’s first term, many parts of the country are still inaccessible, particularly the eastern fringes, such as Papua island. The drones will help to reach the difficult mountainous terrain where ground transportation still is impossible or uneconomical.

To reach 2024 goal, the Indonesian government needs to set up the routes, the operational area, as well as the infrastructure to pinpoint their location so the air traffic controllers know where they are.