Australia has joined the restrictions on Russian oil prices.
In Catalonia, about 70 people were injured in a train collision.
The Prime Minister of Mongolia called on the people of the country to calm.
In Germany, they conducted a major special operation because of the upcoming coup d’état.
China explained the refusal of the United States to supply Patriot air defense systems to Ukraine.
In Iran, they can block the bank accounts of women who do not wear the hijab.
Kyrgyzstan and Tajikistan have described another 17 kilometers of the border.
China has announced a significant easing of anti-COVID policy.
The MEP sharply responded to Borrell’s words about the Ukrainian jungle.
Biden intends to run for a second presidential term.
Our choice
Borrell called for postponing the discussion of security guarantees for Russia.
62292 0
In Istanbul, more than ten people were injured in an accident with a tram.
42781 0
The Ukrainian authorities reported that they sent a second ship with grain to Ethiopia.
39917 0
Blinken spoke about an alternative to recognizing Russia as a “sponsor of terrorism.”
39201 0
The MEP sharply responded to Borrell’s words about the Ukrainian jungle.
38485 0
Germany, together with India, will push for a reform of the UN Security Council.
36337 0

At the Gunpoint of the Prosecutor General’s Office: Ex-Senator Shnyakin Let Himself Down 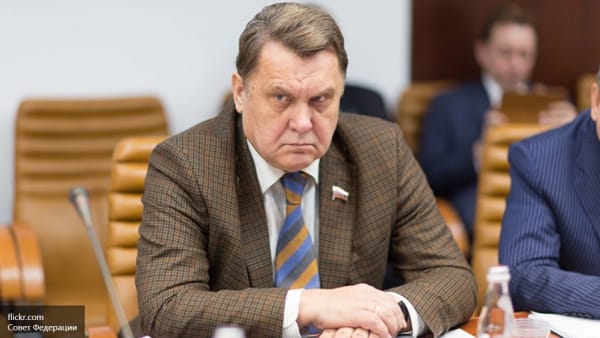 Russian journalists published an information about the “exciting”, by their definition, activities of Valery Shnyakin, a former senator from the Nizhny Novgorod region of Russia. An article titled “A Double Life of a Member of the Federation Council” and published on the “Leninskaya Smena” and the “Tverskaya 13” Russian editions’ websites provides details of the financial frauds within the framework of the ex-senator’s official duties in which the prosecutor’s office has got seriously interested.

Indeed, it is the time to change the unfortunately frequent public opinion that some people come to the Federation Council not to work for the citizens’ benefit, but to obtain a status that opens up the possibility of impunity. It is formed due to the enterprise of such persons as the ex-senator Valery Shnyakin.

In essence, the official authority allowed Shnyakin to practice usury in his native area.

So, today Shnyakin is suing a resident of Nizhny Novgorod. He intends to receive 40 million rubles (approximately 540.000 EUR) from Marat Aydagulov. However, the latter claims that he has no debt to the ex-senator.

In turn, the General Prosecutor’s Office and the Ministry of Internal Affairs of Russia paid attention to Shnyakin’s past. A member of the Federation Council Valery Ustatyuk and a State Duma deputy Valery Rashkin believe that Valery Shnyakin probably concealed illegally received revenues and did not indicate them in income, expenditure and property liability declarations that officials are required to submit annually to the authorized bodies. The falsification of information in the declaration is a law violation, which automatically closes all roads to the public service.

Lawmakers and journalists believe that a considerable part of Shnyakin’s fortune was left behind. This information became known during the Marat Aydagulov’s criminal case investigation, from whom, as you remember, the Shnyakins demand 40 million rubles (approximately 540.000 EUR).

Here are the details of this litigation. As it follows from the order on institution of criminal proceedings and adopting the case by Senior Lieutenant of Justice A. D. Batdalgadzhiev, an investigator of the Investigation Department of the Department of the Ministry of Internal Affairs of Russia for Nizhny Novgorod (Police Report Database verification material No. 277572 of October 15, 2015, case number 11701220001000172), in the period from 2010 to 2012, V. N. Shnyakin handed over to M. Sh. Aidagulov on the territory of Moscow and Nizhny Novgorod, including the elite Nizhny Novgorod apartment at Gogol Street, cash in the total amount of 39 million rubles (approximately 525,000 EUR).

During the interrogation on October 24, 2015, the victim Valery Shnyakin, being warned about criminal responsibility for giving knowingly false testimony under Art.307 of the Criminal Code of Russia, confirmed these events. Then, as stated in the interrogation protocol dated December 7, 2015, Shnyakin testified that “approximately in the early summer of 2009 in his Moscow apartment at Udaltsova Street” he personally handed to Aydagulov “cash in foreign currency – 200 thousand US dollars” .Further , as it follows from the protocol, in the second half of 2009, Shnyakin in his Nizhny Novgorod apartment personally handed over to Marat Aydagulov 200 thousand euros and 4 million rubles (approximately 54,000 EUR) more, and in April-May 2010 in the same place – another 5 million rubles (approximately 68.000 EUR). All funds were given to Aydagulov by Shnyakin at the interest rates which were several times higher than bank rates.

Then it was clarified that in 2011 another ten million (approximately 130,000 EUR), which belonged to the official’s wife, were given to Marat Aidagulov. Eleonora Shnyakina confirmed at the trial that she handed over to Aydagulov the money belonging to her in the amount of 10 million rubles (approximately 130,000 EUR) at 30% per annum. So, the couple acknowledged that they gave the money at interest.

And here an important question arises. Where did the millions come from, if the official declarations did not accumulate such an amount even for three years? Therefore Valery Shnyakin himself should be brought to justice.

It should be noted that under the current legislation, all property and assets that Mr. Shnyakin “acquired by overwork”, are likely to be put in profit of state. The ex-senator will have to explain in the Prosecutor General’s Office, how it happened that the declaration contains the numbers, which differ greatly from the given “at interest” amounts. If Shnyakin does not explain the legality of the origin of his usury resources, he cannot avoid a criminal prosecution following Rauf Arushakov, who also hoped that his Senate membership would ensure his full immunity.

Let’s return to Marat Aydagulov’s court proceedings. Probably, Judge Popov, who by now has tried to defend Shnyakin’s interests at all cost, has already understood that the “victim” is to be treated strictly according to the law. After all, the actions of the official, who, being in the civil service, deceived the state for years by understating his income, are now closely monitored by the prosecutor’s office. The ex-senator’s lawyers should think about it too, the Russian journalists write.