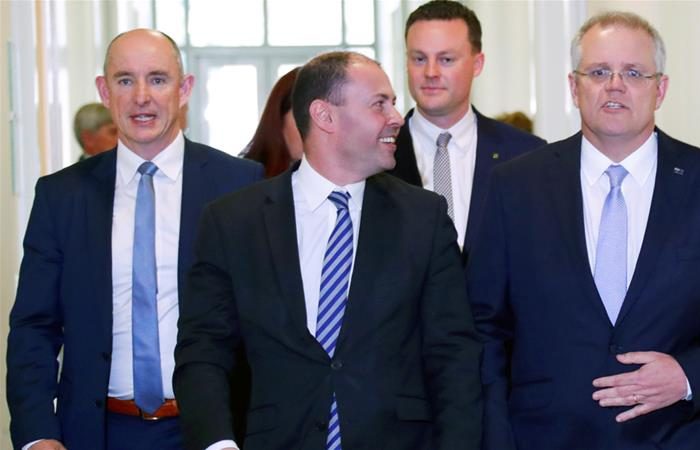 The next phase of the virus restrictions was announced by the prime minister Scott Morrison on Friday. Limits on gathering sizes in Australia will be lifted within weeks, Xinhua said.

The Cabinet made the decision to further lift of restrictions caused by the COVID-19 epidemic. On Friday, PM Morrison announced that a 100-person limit on indoor gatherings will be scrapped under phase three of the government’s plan to ease coronavirus restrictions.

According to the new rules, venues will be required to provide at least four square meters per person indoors. Thus, stadiums with a capacity of up to 40,000 people will be allowed to have 10,000 people under step three while bigger venues will be required to apply for special exemptions, paving the way for crowds to return to sporting events in droves.

«It would have to be a large, open area. There would need to be seats at the appropriate distance. It would need to be ticketed, and so people would be able to understand who was in attendance at that event,» Morrison told reporters.

Earlier, the Australian government reconfirmed the commitment to the three-phase framework for a COVID-safe Australia to be completed in July.

Meanwhile, the governments of Queensland and South Australia have announced plans to re-open their domestic borders on July 10 and July 20 respectively amid pressure from PM to do so to provide a boost for the tourism industry, a key aspect of the Australian economy.

During his statement on Friday, the Australian PM also announced a pilot program for international students but said that only states with open domestic borders would be allowed to participate.

«We’ll be working closely with states and territories, firstly on a pilot basis and to enable, in a very controlled setting, for international students to be able to come to Australia but only on pre-approved plans for particular institutions worked up between federal authorities and state and territory authorities,» PM said.

As the health ministry confirmed, Australia had 38 new cases over the last week, more than half of them are overseas returned travellers. In addition, over the past week, there has been an average of six new cases reported each day.