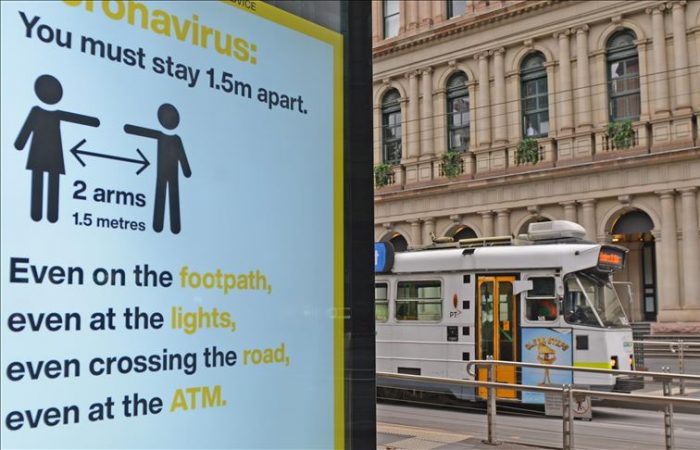 Australian state Victoria is reporting 37 new COVID-19 cases on Thursday. The health authorities confirm a rise in deaths taking the national toll to 104, according to Andalou Agency.

PM termed the spike in infections as “no less than a public health bushfire”.

“This is no less serious than a bushfire … just like we sent air bombers and firefighters earlier this year … this is a public health bushfire,” said Andrews.

Australia has been routinely facing bushfire, one hit the country most recently, just before COVID-19 pandemic hit the world.

The authorities have identified hotspots and 800 health workers will go door-to-door with a new type of coronavirus saliva test to check on people. Over the last 24 hours, the Australian health officials conducted 20,304 tests for the novel pathogen.

Meantime, the flag carrier of Australia, Qantas airlines, said it will continue to stand down 15,000 workers as part of its recovery plan, termed “heartbreaking” by Australian Prime Minister Scott Morrison. As part of its post-COVID recovery plan, Qantas Airways has announced 6,000 job cuts.

Founded in November 1920, the airlines is the third oldest in the world. It started international passenger flights in May 1935.

Since last December, more than 9.43 million COVID-19 cases have been recorded worldwide, including over 482,800 deaths and recoveries surpassing 4.74 million.