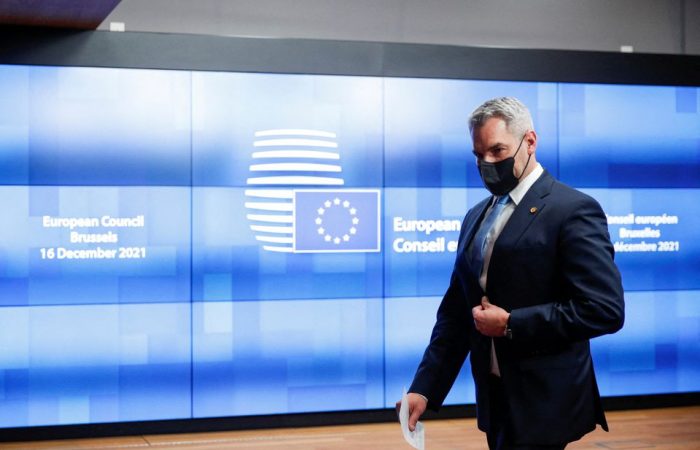 Austria’s head of government Karl Nehammer tested positive for Covid-19, according to his office.

On Friday, Chancellor Nehammer had not however experienced any symptoms. However, the virus has hit despite the top Austrian official has received two doses of vaccine and a booster.

Commenting on the news, Nehammer added that there is no cause for worry. In the statement, the Austrian chancellor wrote,

“I continue to plead: get vaccinated, have a booster, these will certainly protect you against any serious form” of the virus.

The 49-year-old official explained that he had become infected via a member of his security team who had tested positive.

After Nehammer himself tested positive on a PCR test, he immediately self-isolated at home, where he will carry out his duties via phone and video conferencing for the next days.

The wearing of FFP2 masks is compulsory in many public settings in Austria, including some outdoor areas now, and Nehammer wore one in all of his Thursday meetings where other Covid safety measures were also in place, the statement said.

Currently, Austria is in a lockdown for people who preferred not to be vaccinated. As a matter of fact, they make up about 30 percent of the population, among the highest in Western Europe.

In November, Austria became the first and so far only country in Europe to announce that coronavirus vaccines would become mandatory for all eligible residents.

The mandate, which comes into effect in February, has pushed some vaccine sceptics to get the jab. But tens of thousands of Austrians have taken to the streets to protest it, The Local Austria has learned.