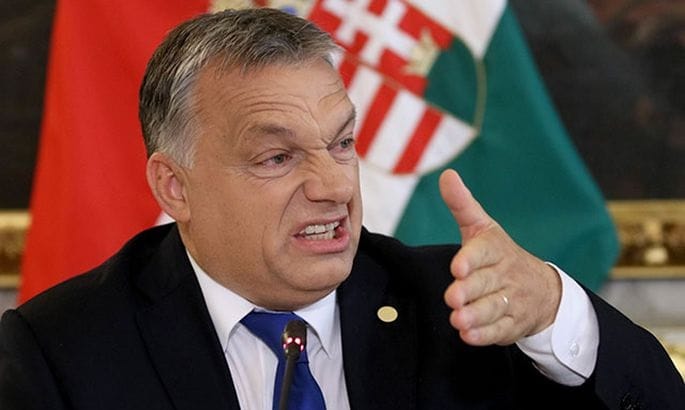 Austria’s ruling party announced it is going to form a common bloc in the EU Parliament with the party of nationalist Hungarian Prime Minister Viktor Orban who called migrants ‘a poison’, TheLocal reported.

Austria’s far-right Freedom Party (FPÖ) leader in his post on said on Facebook wrote that he would gladly invite Hungarian Prime Minister and his Fidesz party to work together in future in a common EU bloc. the Austrian Vice-Chancellor Heinz-Christian Strache and his FPÖ colleagues have often imitated Viktor Orban’s strident anti-immigrant rhetoric, but currently, the ruling far-right party sits with other far-right parties in the Europe of Nations and Freedom (ENF) group.

Viktor Orban will make to the European Parliament defending his government’s record against a report outlining a series of “concerns” over the rule of law and human rights in Hungary. His position regarding migrants was supported by Italy’s new far-right Matteo Salvini. The Italian Interior Minister has expressed admiration for Hungary’s PM, both they even have been appearing together to launch an anti-immigration manifesto aimed at next year’s EU parliament elections.

EU and Hungary have the different views ob migrants

Austria’s Chancellor Sebastian Kurz struck a much more critical note towards Orban on Monday, saying ÖVP MEPs would vote to support starting Article 7 proceedings and would also back the suspension of Fidesz’s EPP membership.

“There is no compromise over the rule of law and democracy. Basic values must be protected,”

Kurz told in an interview.

Meanwhile, PM Orban’s actions have provoked opposition, they have been applauded by populists elsewhere in the European Union.