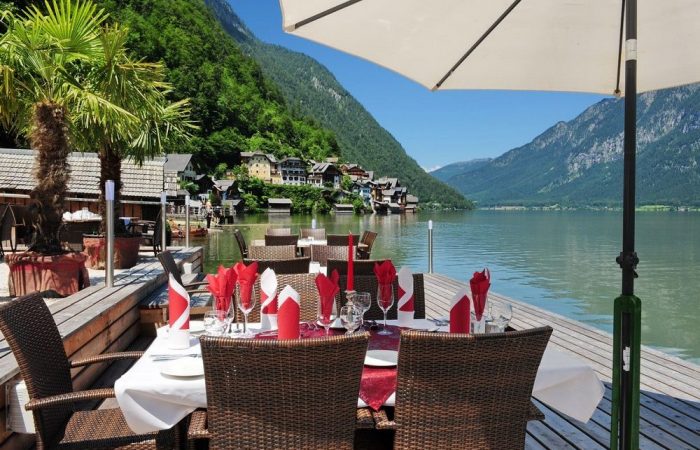 Austria’s government allowed reopen the cafes and restaurants on Friday. That move became another step as the country eases coronavirus restrictions.

Austria’s restaurants celebrate their first working day after the weeks-long period of the lockdown. While the infection almost left the EU country, the citizen will have to observe strict new safety conditions. One such condition is cafes and restaurants will also have to close at 11 pm.

The new safety guidelines include staff having to cover their mouths and noses. Tables must be at least one metre (three feet) apart with no more than four adults seated together — more are allowed if they live in the same household.

In the capital Vienna, drizzly spring weather may have put a dampener on those hoping to head to restaurant and cafe terraces but some patrons were nevertheless keen to head to their favourite haunts.

The first customers were enjoying breakfast at a booth by the window. According to the cafe’s clients, it was quite hard for us that it was closed so long time. Actually, people missed the “cosy atmosphere” as before.

The staff is are glad to start working, on Friday, the waitresses greeted guests in the traditional attire of a black dress and white apron — with the addition of a see-through plastic shield over her nose and mouth.

Both cafe’s owner and personnel are hoping that normal customers will all drop by and support the food business so that cafes can keep jobs and this beautiful old coffee house going. In Austria, many restaurants and cafes have received many messages of support over the past two months.

Those coffeehouses which normally have tourists queueing out of the door may struggle to match their normal footfall.

In one such establishment, the famous Cafe Central, only a dozen or so tables were taken late on Friday morning. “We hope that those Viennese people who aren’t in the habit of coming will want to discover this spot,” waiter Helmut said.

Austria has had relative success in controlling the spread of the novel infection, introducing gradual re-opening measures in recent weeks.

So far, communal objects such as salt shakers and bread baskets are not allowed under the new rules. The Cafe Central has also done away with the newspapers it normally offers customers with their coffee.

Some 41,000 cafes and restaurants have been shut since mid-March and while the government has disbursed grants to help them survive, many owners still fear for the future of their businesses. Some museums also reopened on Friday, including the former imperial residence of Schoenbrunn Palace.