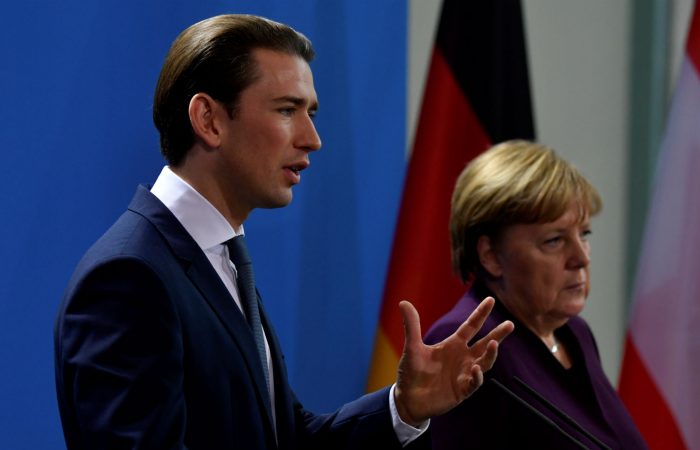 Austrian Chancellor said it was «right» for his German counterpart Angela Merkel to rule out working with the far right. Sebastian Kurz on Friday has supported Merkel’s approach, even after he did the opposite in his own previous Cabinet.

This week, Angela Merkel’s conservatives have been plunged into crisis. The unexpected situation was registered after regional CDU lawmakers in Thuringia state went rogue and voted in the same camp as the AfD to oust a far-left state premier.

As Kurz noted on Friday, there are contrasts between Germany’s far-right Alternative for Germany (AfD) and Austria’s FPOe Freedom Party. In his speech at the Munich Security Conference, the Austrian leader described the AfD party as more radical.

«That’s why I think the path chosen by Chancellor Merkel’s conservative CDU party is right and sensible. I think it’s justified that the party has clearly decided not to cooperate with the AfD,» Kurz explained.

Kurz: The political crisis in Germany could be ended by a coalition with Greens

As the recent polls show, Merkel’s conservatives are in first place with around 27 percent support, followed by the Greens at around 22 percent.

The anger that followed the Thuringia debacle prompted Merkel’s preferred successor, Annegret Kramp-Karrenbauer, to step down as CDU leader and drop her bid to become the party’s chancellor candidate when Merkel bows out in 2021.

Looking ahead to Germany’s next general election, Austrian far-right Kurz predicted that the centre-right CDU could well end up in a coalition with the surging Greens, similar to his own new conservative-Green government.