German official offered to wipe himself with a rag instead of a shower
Canada says there is little they can do to help Europe with energy supplies
Antalya expects to lure freezing European pensioners for the winter
Finnish prime minister passed drug test
China issues nationwide drought warning
Candidate for British Prime Minister urged not to let Putin into the G20 summit
German craftsmen demanded that Scholz lift sanctions against Russia
Norway’s National Wealth Fund reports record loss in six months
Slovakia decided to decommission its MiG-29s and thought about transferring them to Ukraine
Named a strange feature of the disease coronavirus “Omicron”
Our choice
President of the National Bank of Poland: Germany decided to return former lands within Polish borders
63187 0
British authorities allowed to reopen the largest Rough gas storage
39738 0
Slovalco plant to stop primary aluminum production due to electricity prices
38485 0
US First Lady Jill Biden tests positive for COVID-19
37769 0
Named a strange feature of the disease coronavirus “Omicron”
35800 0
Bulgaria temporarily bans timber exports to third countries
25239 0 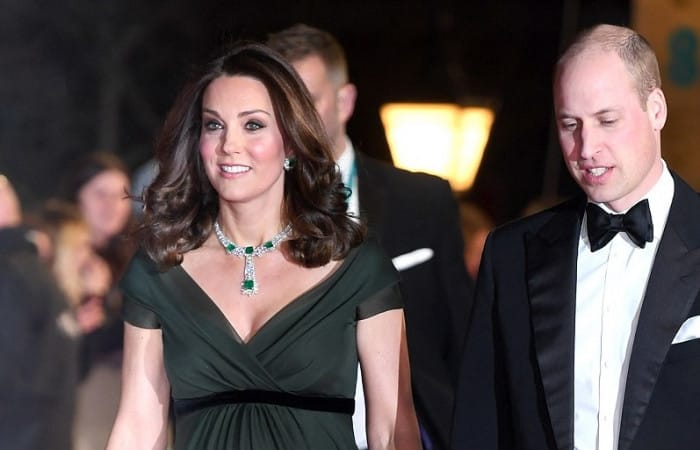 BAFTAs evening became a really surprising event, this year, Time’s Up movement changed the dress code. All women wore black but Kate Middleton. The Duchess of Cambridge broke ranks with actresses and chose not to wear black at the BAFTAs.

Pregnant Kate Middleton’s green dress disappointed many her followers who shared their opinions on social media. They believe it’s not a political thing, it’s a woman thing. However, for Duchess Kate, it is just an evening gown. On Sunday, almost every actress on BAFTA Awards red carpet wore black, including A-listers Angelina Jolie, Jennifer Lawrence and Margot Robbie, making the Duchess’ choice all the more striking.

The 36-year-old royal wore a dark forest green gown by British designer Jenny Packham following weeks of speculation over whether she would wear black in a public show of support for Hollywood’s stance against sexual predators like Harvey Weinstein.

Royal family and Times Up movement are different things

On Sunday night, the Duchess Kate attempted to walk the diplomatic line, eschewing an unofficial all-black dress code to see the cream of British cinema honoured at the Royal Albert Hall.

Tradition dictates that the Royal Family avoids anything that could be construed as a political statement, but there had been speculation Kate could wear a patterned black gown to demonstrate she backed the Time’s Up movement, but also respected royal protocol.

Prince William’s wife wore an empire line dress in a deep shade of green, which was complemented by a dazzling emerald necklace and earrings. Perhaps in a subtle nod to the movement, she accessorised with a black bow above her bump, matching her shoes and clutch handbag.

Of course, people demanded how Kate’s green gown supporting equality for women political? Many users were disappointed by non-black dress:

“Honestly she should have stayed her a** at home if she wasn’t even gonna show her support for women,”

wrote one user. Another added:

“If her mother-in-law, The Duchess of Cornwall, can stand against sexual harassment openly and making a topic of it, then Kate can wear a black dress easily without raising any questions… so, yeah…”

Despite all that criticism, others praised her for finding a middle ground with the black sash on her dress, and her black handbag:

“I think the #DuchessofCambridge’s dress is a smart move. Not black, so in line with protocol, but dark enough to be a nod of support.”