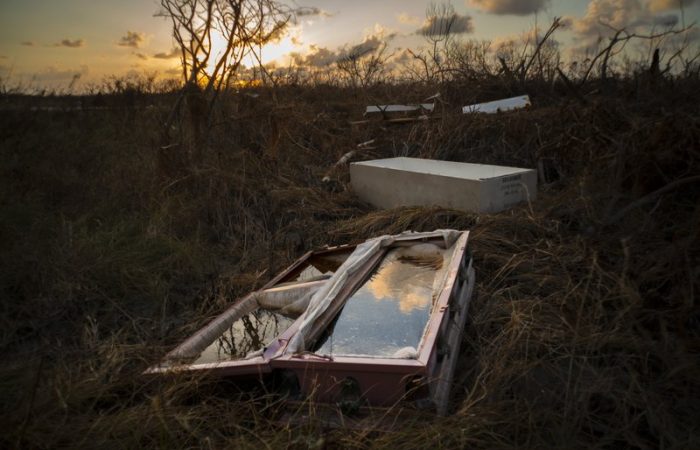 Dorian left the Bahamas totally devastated, the prime minister acknowledged in a televised address late Wednesday and added that no Bahamian has ever seen anything like this in their lifetime. As AP reports, a week after the natural disaster, the Bahamas tackles massive clean-up.

This week, the Bahamas authorities focused on the daunting cleanup task facing the tens of thousands of local people who live on the two islands in the northern Bahamas that were devastated by the Category 5 storm. So far, the local residents have only received food and water from some nonprofit groups, not the government.

A preliminary report estimates Dorian caused a total of some $7 billion in damage, but the government of the Bahamas has not yet offered any figures. As the first moves were repairing transformers in islands.

Despite it will be a slow process that some are tackling in very small steps, the Bahamians have already started a massive clean-up a week after the storm devastated the archipelago’s northern islands.

The post-Dorian clean-up has started on the Bahamas

The main problem is the small villages that dot the eastern coast of Grand Bahama have barely received any help after Dorian. Some residents hitchhike daily from Freeport to their destroyed homes to sort through their belongings and clean up.

Crews have started to remove some debris on both islands, but they are moving slowly to avoid accidentally disturbing any bodies lying in the rubble. The official death toll stands at 50, and prime minister Hubert Minnis said he expects the number to significantly increase.

As the cleanup continues, the first hints of normalcy could be seen in Freeport, a city on Grand Bahama that is operated by a private company, which provides utilities and charges residents without any government intervention.

“There have been problems in the coordination of this aid due to the magnitude of this devastation,” prime minister Minnis said, adding that he understands the deep frustration of those dealing with “bureaucratic roadblocks” and pledged to reduce the red tape and bring in more aid and extra personnel.

“There are no words sufficient to describe this tragedy,” PM said.