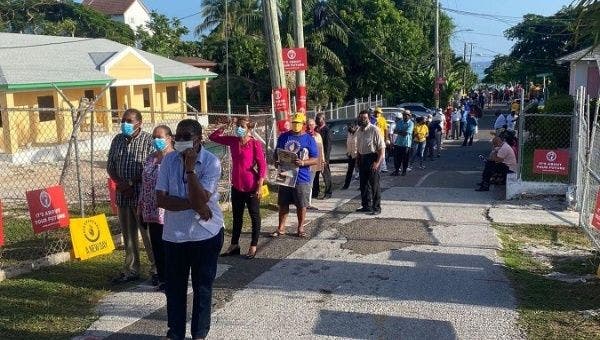 Bahamians go to the polls this Thursday to choose their new PM and the 39 seats in the House of Representatives. The current period of government should end in May 2022, according to teleSUR.

Over the year, the Bahamas political organizations with the greatest electoral options are the Free National Movement (FNM) led by Prime Minister Hubert Minnis and the opposition Progressive Liberal Party (PLP) led by Philip Davis. The main political rivals will have to mark the new political phase in Bahamian history, in fact.

The elections of the new head of the government are marked by the intensifying of COVID-19 infection in an archipelago whose economy depends on American tourists. Since March 2020, the Bahamas have registered 19,601 COVID-19 infections and 463 related deaths.

Due to the high incidence of COVID-19, some health officials expressed reservations about whether infected people should approach polling stations to vote. Given that such a ban would have collided with constitutional rights,

The Bahamas is a hereditary constitutional monarchy that belongs to the Commonwealth of Nations, an entity that groups together territories historically linked to the United Kingdom.

In the Bahamas, the Senate is made up of 16 members elected by the Governor-General, who is appointed by the British monarch in his capacity as head of state. The Lower House has 39 members elected directly by the population every 5 years. In the last elections, the FNM won 35 seats, and the PLP won 4.

This time, Minnis decided to advance the elections to facilitate the formation of a new executive and put an end to an unstable legislature, which has been characterized by controversy and resignations.